‘Bus campaigns not over’

MP for Carshalton and Wallington, Tom Brake insists that campaigns to extend the 154 to a 24 hours service and to reinstate the X26 bus stop at the Plough in Beddington are by no means over. 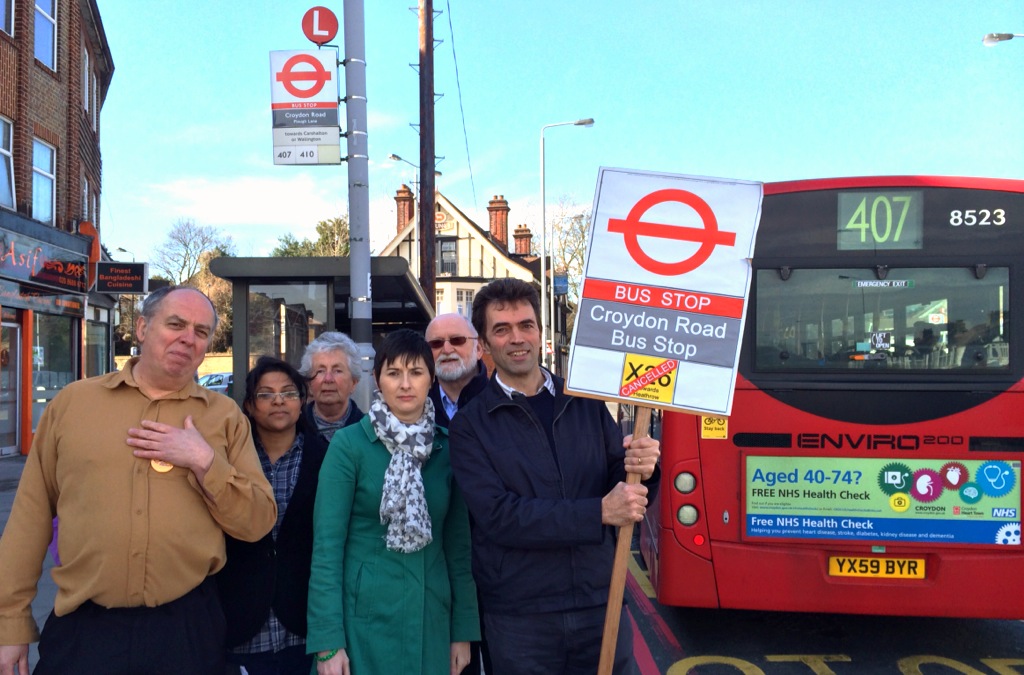 This comes following a meeting between Tom and Transport for London (TfL) where Tom demanded answers over various local transport issues.

Tom said: “This was a meeting I was very keen to have. Speaking to local residents and as a regular user of public transport myself, I completely understand their demands for improved 154 and X26 services.

“TfL assured me that nothing has been ruled out on the 154 and that they will be looking into the possibility of extending its hours of operation. Nothing is over, we will continue to fight for safer, convenient and more reliable local transport.”

Although TfL were adamant that they would not be reinstating the X26 stop at the Plough, Mr. Brake is pushing them to look at Oyster Card habits to find out whether it makes sense to add the stop.

TfL were also asked about smoking in bus stops. If shelters are more than 50 per cent enclosed, theoretically it could be enforced under TfL bylaws. However, in practice, they fail to enforce it or put signs up.

Tom commented: “They argue it’s too complicated, but TfL must consider what action they can take to reduce the devastating impact of second-hand smoke.”

During the meeting it was announced that the frequency of the S1 service is set to be increased to 4 per hour Monday to Saturday and 3 per hour on a Sunday.