“Darker side to Brazil”

Millions of people worldwide will be preparing to join in with the celebrations of the world’s biggest football tournament this week. However, behind the excitement and the multi-million pound stadiums, there is a darker side to life in Brazil. 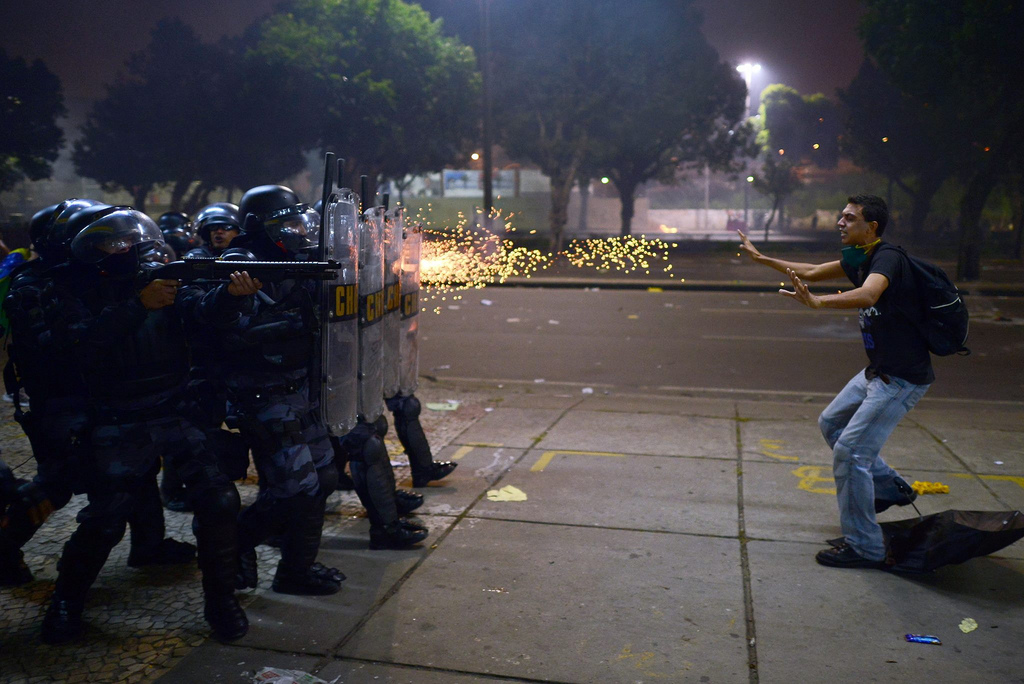 Over this last year, Brazil has seen record numbers of protests and demonstrations. Citizens are frustrated and disappointed that while extreme poverty grips the nation, money is being spent on building extravagant stadiums.

What began as protests against specific issues such as increased travel fairs has now been heightened to wider issues including poor health care, education and the impact the events will have on thousands of people living in the area.

In Rio de Janeiro alone, it is reported that over 300,000 people went out onto the streets with some protests threatening to stop the World Cup altogether. The peaceful protests by demonstrators in Rio and San Paulo have highlighted the huge problem Brazil faces with its inability to control large scale gatherings without the use of violence. Police have often responded with using excessive and unnecessary force including the use of tear gas, pepper spray, stun grenades and rubber bullets.

Edilson Silva dos Santos and Douglas Rafael Pereira da Silva were both caught up in the violence and were shot dead by police. The mother of Doulas told Amnesty International how she was threatened by a gunman warning her, “If you don’t shut up, I will do that [to you]”.

Carshalton and Wallington MP, Tom Brake, expressed his deep concerns: “There is a darker side to Brazil that must be uncovered. The conduct of the Brazilian police is unacceptable and as a society we cannot allow law enforcers to intimidate citizens in this way.

“The beautiful game brings people together for some emotional and joyful moments and should not be the cause of violence.”

Sutton Amnesty International has taken the initiative to reach out to the Brazilian ambassador.

Pledge your support by signing Amnesty International’s ‘Give them a yellow card’ campaign to protect the right of citizens to protest in Brazil, visit  www.aiyellowcard.org/us