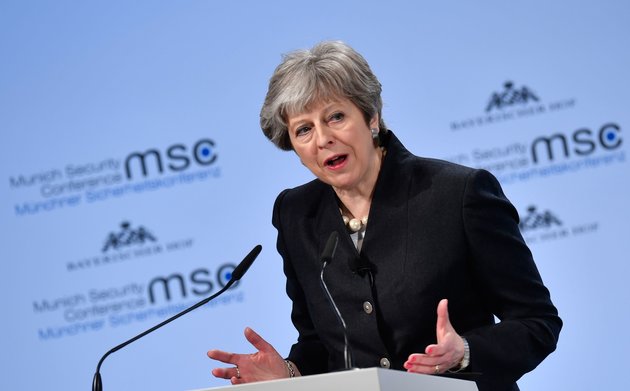 Last week marked a year since the Government carelessly triggered Article 50 and notified the EU of our decision to leave. With just twelve months to go before we crash out, the emotional rollercoaster of Brexit is picking up speed and careering towards the buffers.

The Government’s incompetence, foolish disregard for the complexity of Brexit and indecision has stood in the way of any significant progress, and millions of concerned residents still do not know if their jobs will be safe, if their status in the country will be maintained or if the country they love will continue to be a force on the world stage.

Their frustration is understandable. One by one, the false promises of the Leave campaign have been exposed. Amid the unravelling of the Government’s Brexit fantasy, however, one prominent narrative of the Leave campaign endures. Brexiters of all stripes have high hopes for the extent of our post-Brexit trade – according to the Trade Secretary, Liam Fox, it will be an “unprecedented opportunity” for the UK; negotiating a trade deal with the EU will be the “easiest thing in human history”; and 40 trade deals will be ready for “one second after midnight” in March 2019.

Nevertheless, like most of the promises of the Leave campaign, there is good reason to take these claims with a generous pinch of sceptical salt. The public deserve an honest debate about the feasibility of striking new trade deals, the extent to which these will be able to offset the loss of Single Market access, and the tradeoffs and difficult choices we will encounter along the way.

They might also like a Government explanation for the reasons why Germany manages to export more than four times as much to China and twice as much to India as the UK. Germany clearly has no problem trading outside the EU, whilst being a member of the EU. Nor should the UK! Honesty requires, first of all, acknowledgment of the basic but essential fact that geography matters. Any trade agreement is not as good as the next.

For example, the UK trades more goods with Belgium than it does with Canada, South Korea and Japan – countries with which we currently have trade agreements through our EU membership – put together. In fact, the UK does almost half its trade with the EU (which is now growing strongly while UK growth drops to the bottom of the league table), and bilateral deals with countries outside the EU are therefore unlikely to make up for our impending exit from the Single Market. For example, Government research estimates that an Free Trade Agreement with the US will be worth between 0.1 per cent and 0.3 per cent in the long term, while leaving the Single Market is going to shrink the UK’s GDP by a staggering 5-8 per cent.

Secondly, trade agreements are not negotiated overnight, and we need to be clear about the effort and the compromises required to achieve them. We already have trade agreements with some thirds countries through our membership of the EU, accounting for 15-20 percent of UK trade. So far, the Government has wishfully banked on these agreements simply being ‘rolled over’ once we leave. However, as Liam Fox recently admitted to MPs, the 65 countries in question have yet to actually agree to copy-and-paste current arrangements. In fact, South Korea and Chile have already hinted that they would demand concessions and there is no reason not to expect more countries won’t follow suit (the Trade Secretary clearly has his work cut out for him, yet according to Financial Times, he has only bothered to visit 5 of the 65 countries that have existing deals with the EU).

Negotiating new trade deals after Brexit will likely confront us with even more difficult challenges and dilemmas. Trade is as much about ‘behind the border’ alignment of regulatory standards as it is about the removal of ‘at the border’ barriers to trade. If the failed TTIP negotiations taught us anything, it is that both the US and the EU are ready to walk away if their own regulatory model does not prevail. One might ask, then: If the prospect of access to a single market of over 500 million consumers could not convince the US to raise its standards, why would the promise of access to the UK’s market of around 65 million hold any sway? Indeed, the US Secretary of Commerce, Wilbur Ross, has strongly hinted that a potential UK/US deal would be negotiated on American terms.

Allowing lower US standards to become the new normal in the UK would not only create a race to the bottom, which would leave both animals, consumers, businesses and the environment worse off. It could also negatively impact the UK’s future access to the Single Market, if standards and controls diverge significantly from those of the EU. Since the EU’s trade deals are negotiated by the Commission before being approved by the Member States, against economic heavyweights like the EU, the US, and China, British officials will be in for a very steep learning curve. There is a reason why the EFTA countries like Norway tend to sign up to the EU’s trade deals rather than negotiate their own.

The EU is the largest economy in the world, and officials in the Commission have decades of experience with trade negotiations. For many years, the EU has provided a powerful platform from which the UK has been able to pursue its interests across the world. EU membership has given us access to far more favourable trade deals, and allowed us to project our interests far beyond what we would have managed on our own. We would be foolish to give it up.