Carshalton and Wallington MP, Tom Brake is donating the many used postage stamps that come through his office to raise valuable funds for OCD-UK. 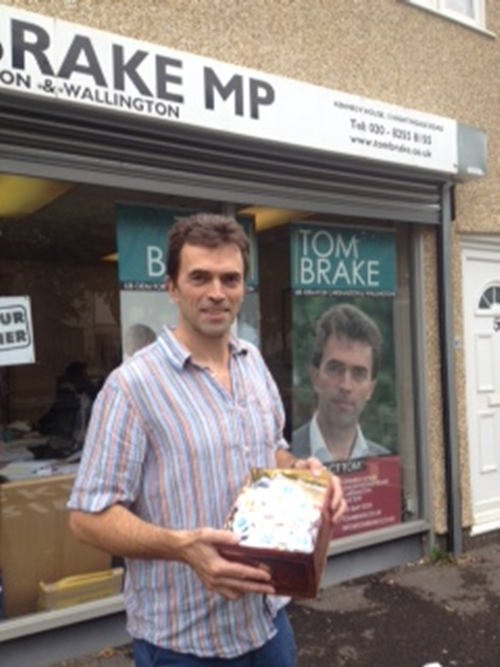 The illness affects as many as 12 in every 1000 people in the UK from young children to adults. It is a condition that is often misunderstood and can be so debilitating that the World Health Organisation (WHO) ranked OCD in the top 10 of the most disabling illnesses of any kind, in terms of lost earnings and diminished quality of life.

Tom’s stamps will raise money for OCD-UK, which is one of two national charities dedicated to this condition.  Based on current estimates for the UK population, there are potentially around 741,504 people living with OCD at any one time.

Tom said, “Every time you save and collect a used stamp for OCD-UK, you can raise valuable funds and help raise awareness about an illness that is not so commonly understood in our society. With so many people affected by OCD, we need to do as much as we can to help support charities like this, so they can carry on their amazing work."

If you want to help by collecting stamps or find out more about OCD-UK please visit, www.ocduk.org/stamps or call 0845 120 3778