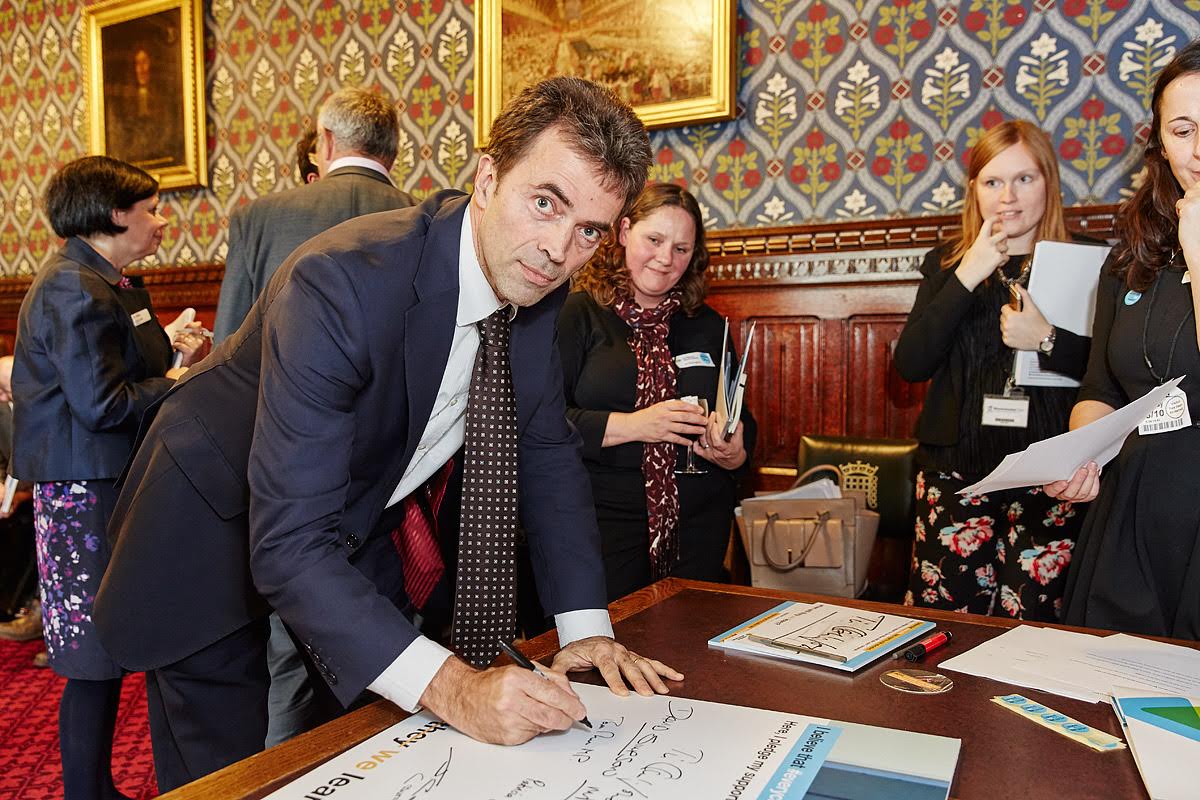 Tom Brake, MP for Carshalton and Wallington attended the launch of Ambitious about Autism’s ‘When Will We Learn’ campaign, aimed at preventing failures in the education system in dealing with children with Autism.

Research from Ambitious about Autism suggests that as many as 45% of families said their child had been removed from school illegally, and that last year, up to four thousand autistic children were excluded from school.

According to government guidelines, a child may legally be excluded only for a fixed number of days or permanently, and any exclusion must be formally recorded. Informal or unofficial exclusions — such as sending pupils home early or for “cooling off” periods — are unlawful, regardless of whether they are with the agreement of parents or carers.
Elizabeth Archer, of Ambitious About Autism, a charity set up in 1997 by a group of parents including the author Nick Hornby, said that some ASD parents were being asked to keep children at home during tests or Ofsted inspections.
The campaign aims to prevent these children from unfairly and unlawfully being excluded from school, hoping to give them as ordinary an education experience as possible. It was held in Parliament and attended by MPs from across the political spectrum. Tom also signed a pledge promising to support the campaign.
Speaking after the event, Tom Brake MP said:

“I was very pleased to support Ambitious about Autism’s new campaign”. It is a disgrace when autistic children are excluded from ordinary, quality education. The statistics shared at the event were shocking to say the least and the government must immediately take steps to support this “When Will We Learn’ campaign. I was very pleased to offer my own support and I will be pushing as much as possible to see this addressed.”