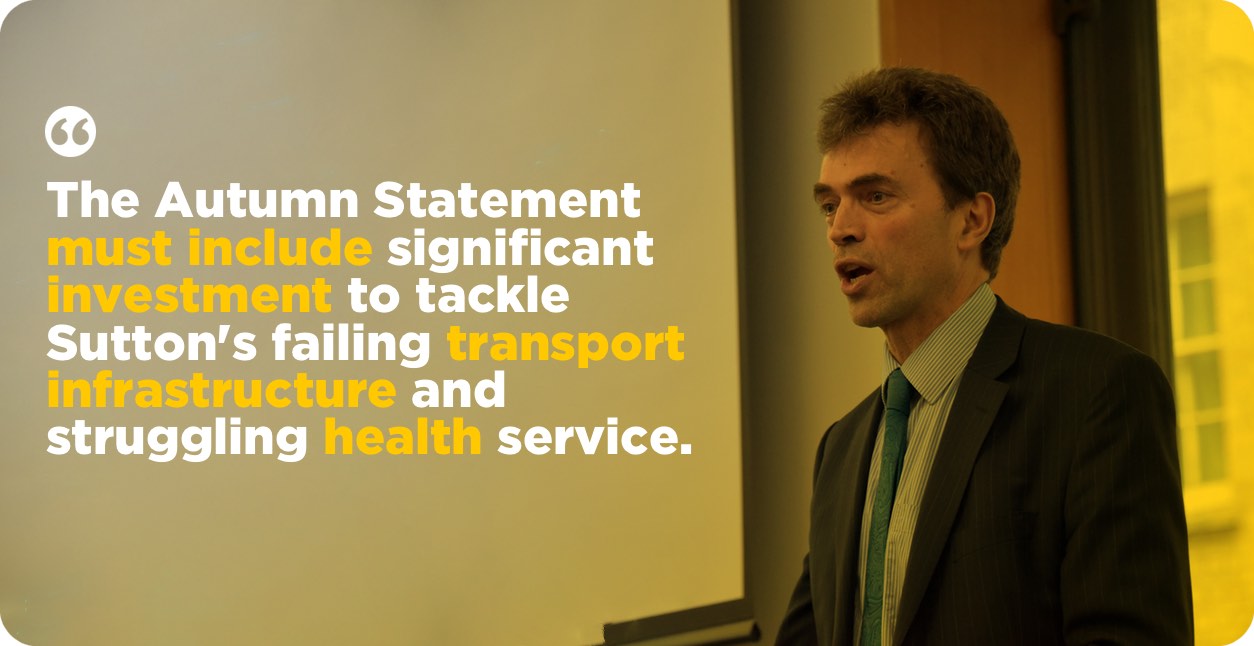 Tom is calling for a focus on the NHS, particularly delivering funding for St Helier hospital, for investment in failing transport infrastructure and for the government to think again about its plans to deliver swinging cuts to local pharmacies.

The Liberal Democrats are calling for £4 billion in emergency-funding for the NHS, as well as a national homebuilding drive and a firm commitment to membership of the European Single Market.

Tom, outlining his demands for the Autumn Statement, said:

“The Autumn Statement must include significant investment to bolster the struggling health service and improve Sutton's poor rail infrastructure. It is clear our NHS is in crisis, and as one of the country’s most valued institutions, the Government must now commit to the emergency funding it needs.

“The Chancellor must also make a full and firm commitment to improving Sutton’s transport infrastructure. We need more public transport capacity which could be provided by a safe tram system and many of our local rail stations, including Carshalton and Hackbridge, need significant upgrades to deal with the growing commuter numbers.

“Finally the government must get its act together, get a plan and reassure people over potential financial difficulties regarding Brexit. Recent reports say the Chancellor Philip Hammond will announce a £100 billion black hole in the UK public finances. This will in all likelihood be accompanied by a fall in wages in real terms.  Furthermore, with UK business abandoning plans for more than £65 billion of investment since Brexit, people are naturally concerned and need reassurances.”