Tom Brake, MP for Carshalton and Wallington, has called on Chris Grayling, Secretary of State for Transport, and Sadiq Khan, Mayor of London, to provide additional emergency bus services during rail strike days. 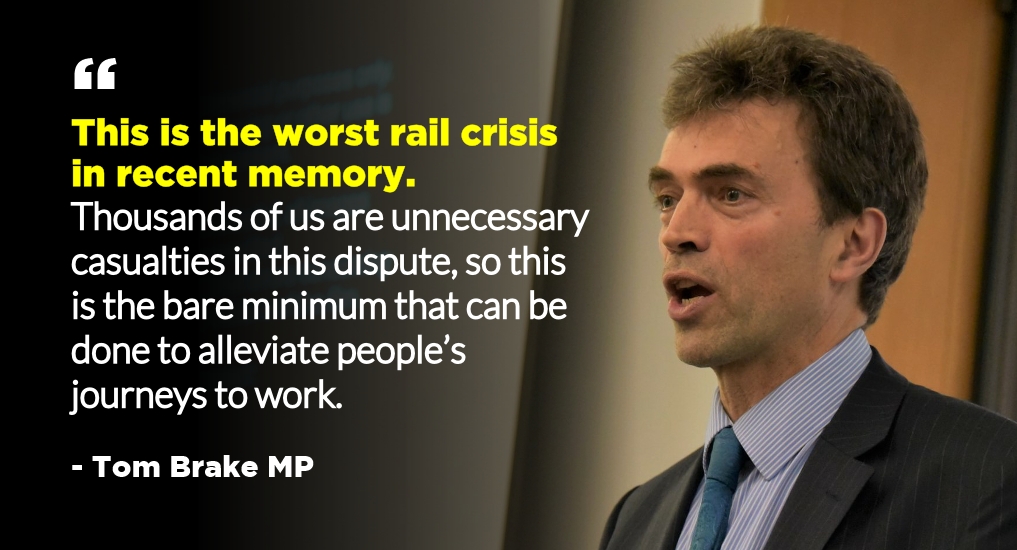 With further strikes being announced for 24th, 25th and 27th January Tom Brake MP is demanding extra funds are provided to Transport for London for additional bus services at peak times on popular routes like the 154, 157 and the 127 on those days.

‘‘Sutton Borough has no tube stations. This means that we are almost entirely dependent on rail services to travel to and from Central London. The strikes have disproportionately affected areas like Carshalton and Wallington.

On strike days, many residents have no choice but to embark on dreadful ram-packed bus journeys to Croydon, Morden or Worcester Park to catch overcrowded overground, tube or other train services. And that’s if they actually manage to get on the bus.

It’s ridiculous that many local residents are having two-hour journeys just to get to Central London.

This is the worst rail crisis in recent memory. Thousands of us are unnecessary casualties in this dispute so this the bare minimum that can be done to alleviate people’s journeys to work.

I urge both the Mayor and the Secretary of State to work with me to provide these additional bus services.’’

Tom Brake MP has written to both and requested an urgent meeting to discuss the issue further.