Tom Brake has condemned Theresa May, the Prime Minister, for refusing to introduce an immediate ban on the combustible cladding materials used on Grenfell Tower. 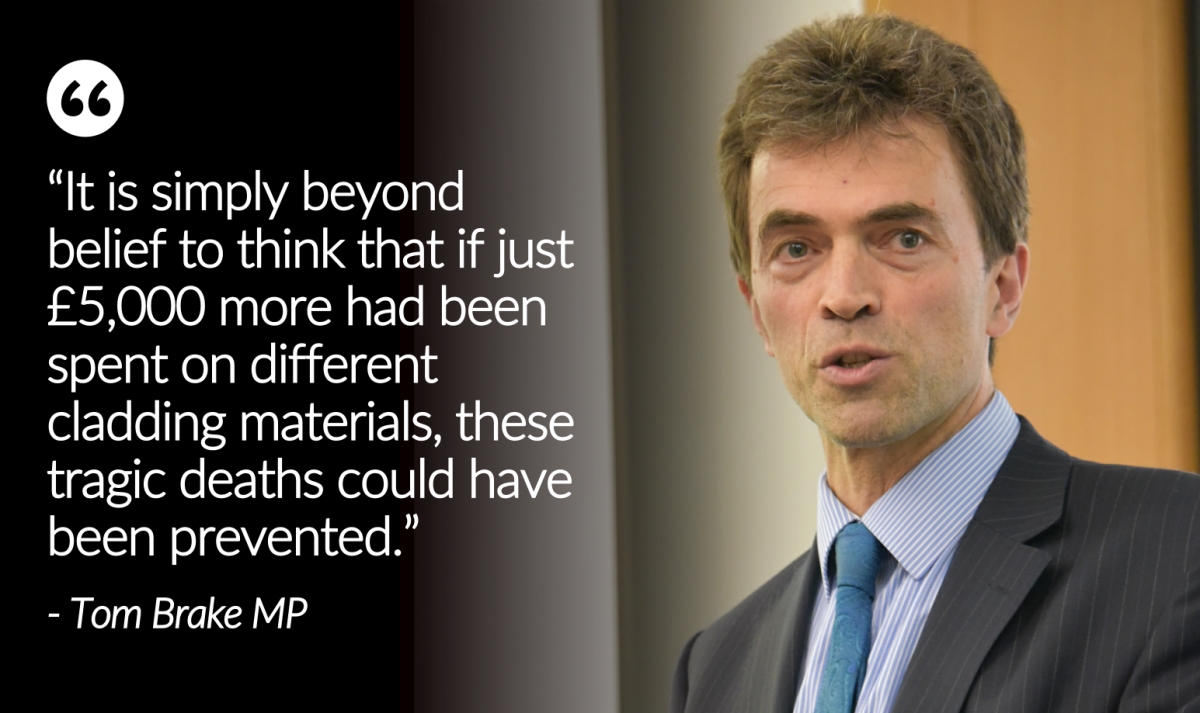 Tom Brake’s call for the ban was made during the Prime Minister’s statement on the Grenfell Tower disaster on Thursday.

The PM did not respond to his call.

Tom also pressed the PM to publish urgently a long-awaited review of the guidance for building regulations on fire safety and implement any changes.  In her reply, the PM confirmed work on the guidance was on-going.

To increase the pressure on Theresa May, Tom Brake has also written to her to urge the government to tackle fire safety issues with greater speed and commitment.

“It is simply beyond belief to think that if just £5,000 more had been spent on different cladding materials, these tragic deaths could have been prevented. The government must urgently bring UK fire safety standards into line with those abroad and ban these materials.”

"Our thoughts are with all those affected by the tragic fire at Grenfell Tower. The safety of our residents is a priority for the Council and we understand that there may be concerns and questions in the wake of this incident. We would like to reassure residents that quarterly fire safety inspections are carried out by Sutton Housing Partnership at the Council's high rise properties, in accordance with current legislation. An independent approved contractor also carries out an annual fire risk assessment.

“Sutton Housing Partnership, who manage the council’s housing stock, are visiting residents to provide information and support to those living in high rise blocks. Steve Green, the Borough Fire Commander, and his team, are also undertaking inspections. We will review London Fire Brigade's report on the Grenfell Tower fire once completed, and seek to implement any recommendations.”

If SHP residents have any concerns, they should contact Sutton Housing Partnership or visit www.suttonhousingpartnership.org.uk

To make a donation to support the victims of the fire, visit https://thekandcfoundation.com/

Then Housing Minister Gavin Barwell told the House of Commons in October 2016 that guidance part B of the building regulations, which cover fire safety, would be reviewed following a 2009 fire at Lakanal House tower block (link)

The All-Party Parliamentary Fire Safety and Rescue Group on fire safety has repeatedly called for a review into fire safety regulations, including last March when it warned the government delay in reviewing building regulations could be endangering tower blocks throughout the UK (link)