Brake Gets His Hands on New Electric Taxi 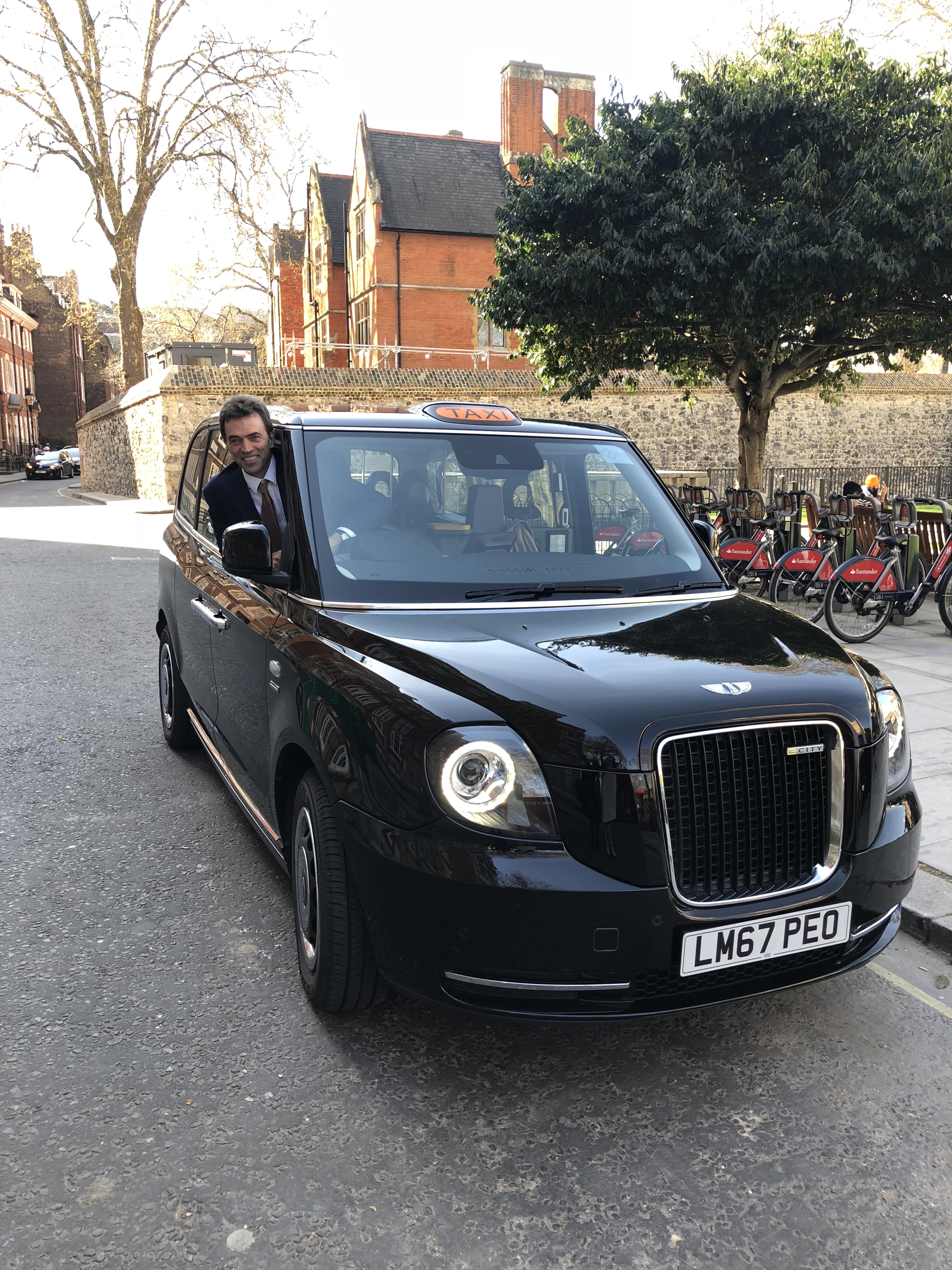 The electric taxi – the ‘TX’ – hit London’s streets for the first time earlier this year, and already almost 100 are out picking up passengers. Tom and Steve discussed the need to ensure that enough power points are available to support these cabbies, and help more switch to the new vehicle.

“Big thanks to the LTDA for letting me test out the new cab.

“This is a big leap forward for the taxi trade and we need to be doing all we can to support more drivers to make this change, and tackle the dangerous levels of air pollution in London.

“We must work to remove any barriers holding drivers back, including the lack of appropriate charging points”.

The taxi trade is leading the charge in transitioning London’s transport network to be zero emission. However, drivers need to feel confident when buying the new taxi that widespread accessible, affordable and reliable rapid electric charging infrastructure is in place. For every minute a taxi driver is off the road, they are losing potential income.

Last month, the Mayor of London announced that 100 rapid charge points are now up and running in London. This is a welcome start, but many more are needed to support the drivers who buy the cab, and incentivise others to do the same. In Carshalton and Wallington, there are no rapid charge points available exclusively for taxi drivers.

Manufactured by the London Electric Vehicle Company in their factory in Coventry, the new electric black cab’s e-City technology allows for a range of up to 400 miles including up to 80 miles pure electric. Alongside its green credentials it has a panoramic sunroof, spacious seating for six passengers, enhanced accessibility features, in-vehicle charging and wi-fi.

The Licensed Taxi Drivers’ Association is the professional and authoritative voice of London taxi drivers. With over 10,500 members, it represents almost half of all taxi drivers in London and is the largest organisation of its kind.