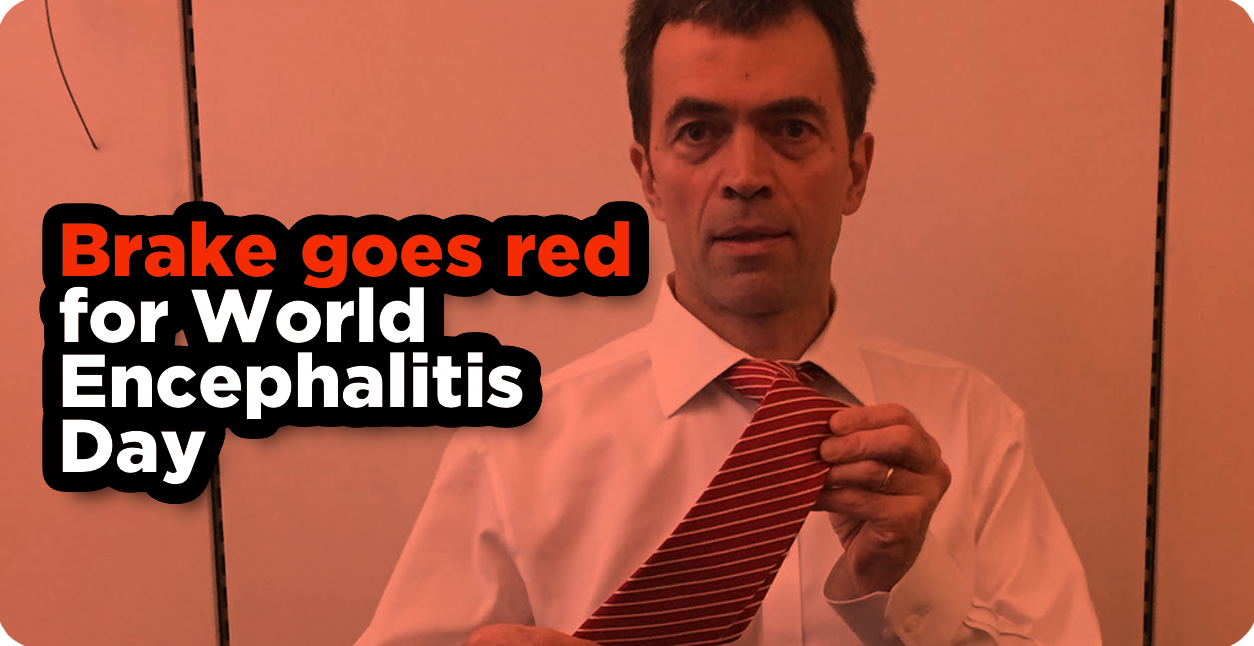 Tom Brake, MP for Carshalton and Wallington, joined millions across the globe by wearing red and shining a light on Encephalitis.

Encephalitis is a swelling of the brain which is caused either by an infection invading the brain or through the immune system attacking the brain in error. Encephalitis affects more people annually than certain types of meningitis and motor neurone disease and yet remains less well known. You can find out more here, https://www.encephalitis.info/.

In London, the fountains at Trafalgar Square were turned red to mark World Encephalitis Day and raise awareness of the condition, a swelling of the brain, which affects 500,000 people globally each year. The fountains were joined by other famous landmarks, including Niagara Falls; Blackpool Tower; The Swan Bell Tower, Perth, Australia; The Peace Bridge, which links the USA with Canada, and many more.

"I’d like to pay tribute to Stanley Park Infants who made me aware of this day and are organising an important event locally.

For individuals like their classmate Max Snigorski, who was taken critically ill and has  been left with epilepsy after contracting viral encephalitis, this will be a day to remember and the start of a journey to make sure that many more people understand this less well known condition.

I hope that local residents will join this campaign today by wearing something red and sharing their photographs on social media.”

“Max was in hospital for three weeks. During this time he was suffering from constant seizures, paralysis, loss of speech/memory/co-ordination and plentiful audio/visual hallucinations. The prognosis was unknown.  He had MRI, CT scans,  several EEGs, daily cannulas, IV drips, PIC line, numerous lumbar punctures, biopsies etc.  He was ridiculously brave.

Max left hospital three weeks later walking and talking and with most of his memory back. Max was one of the lucky ones, I have since learnt, many do not have this happy ending. Max has since been diagnosed with epilepsy as a result of the illness, but this is currently being well managed with medication and Max is doing well.

The support we have received from Max's school, Stanley Park Infant's School, has been phenomenal. He has the most caring friends who look out for him on a daily basis and the staff there have been truly magnificent. Watching all of the children stream into school this morning wearing red clothes to support 'World Encephalitis Day' #red4wed was so touching.”

You can find out more about Encephalitis and the campaign here:https://www.worldencephalitisday.org/.