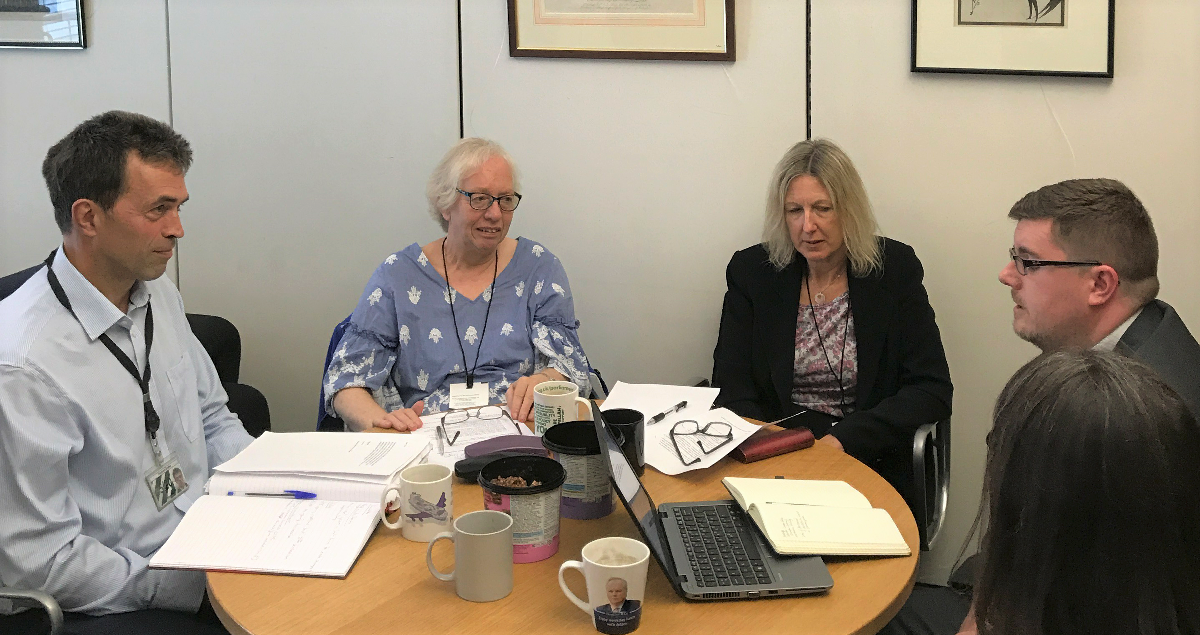 The meeting, held on 6th September, was as a follow up to GTR’s recent timetable consultation.

‘‘I am pleased that GTR agreed to meet with me and local Councillors to discuss the recent timetable consultation proposals. During the meeting, I reinforced the need for more trains to stop at Hackbridge station, especially at peak times. The proposed cut in service is completely unacceptable to local residents who have been campaigning hard on this issue. Over the coming weeks, I will be following this closely and working with local residents and Councillors to make sure that we get a better service for Hackbridge residents.’’

“These changes are desperately needed and will not come soon enough for residents who have had to put up with overcrowded, unreliable and shambolic services for far too long.’’

‘‘Sutton is one of a handful of London Boroughs without a tube station. That means we are almost entirely dependent on rail services to travel to and from Central London. Overall, we welcome the proposed additional local services, but it’s important that we see an increase of services in the morning and evening at Hackbridge station. It just doesn’t make sense to have an additional 700 homes around the station and fewer services.’’

‘‘Sutton is one of the best places in London to live, work and raise a family. We have ambitious plans to deliver much-needed homes and to develop the London Cancer Hub. This project has the potential to deliver at least two extra cancer drugs every five years, 13,000 jobs and will contribute around £1.1bn each year to the UK economy, but it will only be achievable if we significantly improve public transport in Sutton. That’s why we support additional rail services for the area and are continuing to campaign to bring the tram to Sutton.”

You can support the ‘‘Save our Hackbridge Trains’’ petition here.