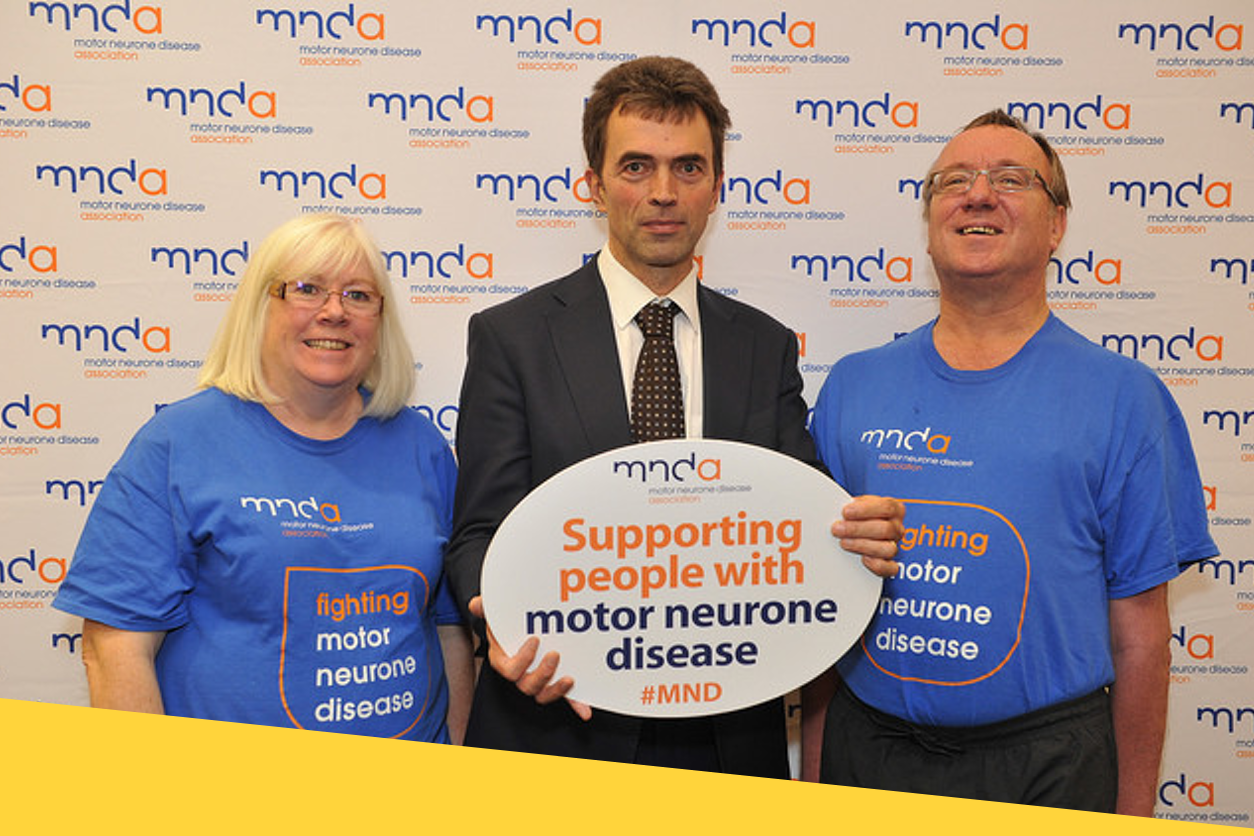 Tom Brake, MP for Carshalton and Wallington recently attended a reception for the Motor Neurone Disease Association, a charity which works to support those with MND in their day to day lives.

The event, held by MND, was attended by people with MND from across the country as well as their families and volunteers. MPs heard from them about the impact of living with MND and how good care and strong support really can make a difference in their lives. They also spoke of the value of Attendance Allowance (a benefit available to over 65s) and their concerns over planned government reforms to this payment.

MND is a fatal, rapidly progressing disease that affects the brain and spinal cord. It can leave people locked in a failing body, unable to move, talk and eventually breathe, and kills a third of people within a year and more than half within two years of diagnosis.
Up to 5,000 adults in the UK are affected at any one time.
The MND Association was founded in 1979 by a group of volunteers with experience of living with, or caring for, someone with MND, and are the only national charity in England, Wales and Northern Ireland focused on MND care, research and campaigning.
Speaking after the reception, Tom Brake MP said:

“I found the reception held by MND to be both inspiring and informative. Hearing from brave patients of MND about how it has affected their life brought home very clearly the huge effect the disease can have. It was also inspiring, however, to hear about to amazing work that people like David Setters are doing both in raising awareness and actively campaigning for positive changes in the law.
The government must listen to MDNA on this issue. Over 900 people in the UK living with MND currently claim Attendance Allowance, and this offers them a level of independence and opportunity.
The government’s plan to devolve these payments to local authorities will reduce funding and will make life more difficult for those living with MND. I have written twice previously to the Government seeking clarity on these changes and I urge them to work with MND and to think again.”