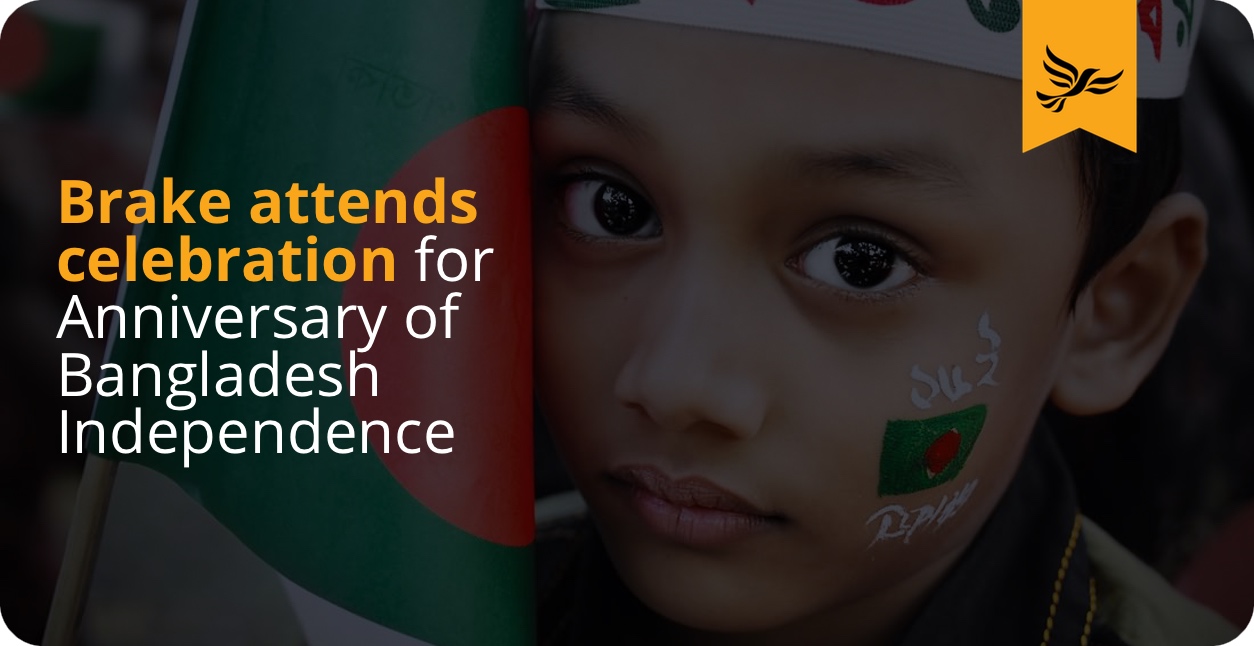 In a speech at Westminster, celebrating the anniversary of Bangladesh’s independence, Tom Brake MP praised the tremendous progress of Bangladesh at home and contributions from its community here in the UK.

In just under five decades, Bangladesh has made great strides to become a more equitable nation. The South Asian country has drastically improved income distribution, education, healthcare and democracy.

"I commend Bangladesh’s achievements. They are enhancing the quality of life for millions of people. They have also helped build links with the UK on issues as diverse as climate change and tackling terrorism.”

About the impact British Bangladeshis have had in the UK, Tom said,

'“Whether it is through building up our economy, strengthening our NHS or enriching our culture, the contribution of British Bangladeshis is immense”.

“Despite the impressive gains Bangladesh has made as a nation, there is still much room for improvement in the area of human rights. Many bloggers and journalists have been persecuted, discriminated against and even killed for holding varying religious and political beliefs. This reality defies the principle of freedom of expression and stifles diversity and media scrutiny. Bangladesh must act to address these shortfalls."

Bangladeshis make up one of Britain’s fastest growing communities. March 26th, 2017 marked the 46th anniversary of Bangladesh’s independence from Pakistan.