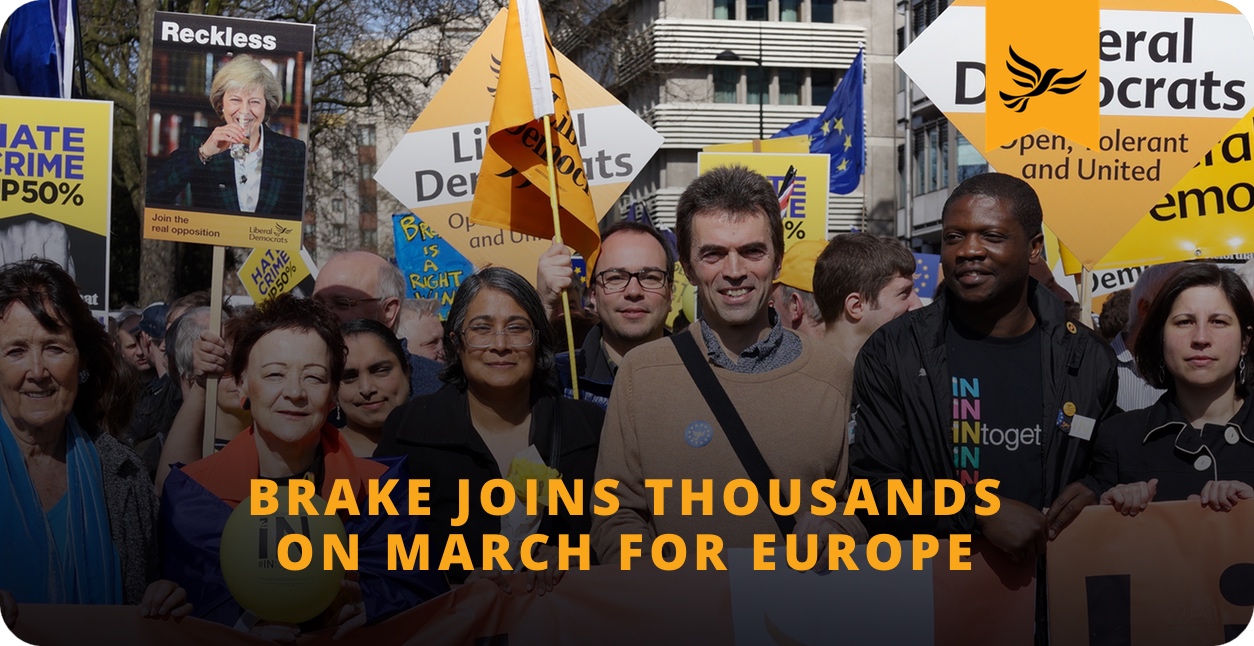 Tom Brake, Lib Dem MP for Carshalton and Wallington joined thousands for the Unite for Europe March to Westminster Parliament on Saturday.

While the Government are just days away from triggering Article 50 and pulling Britain out of the Single Market, Unite for Europe – a pro-EU group – has organised a national march on parliament.

Tom will joined estimated 3,000 Lib Dems and thousands of others in a protest against the decision by the Conservative Government to opt for a hard Brexit, outside of the single market, deny the people a referendum on the end deal and the Government’s failure so far to guarantee the acquired rights of EU nationals living in the UK

“Our PM has chosen to ignore a clear majority of both Remain and Leave voters by implementing the most extreme form of Brexit imaginable. This path towards a reckless, hard Brexit, is not only throwing into doubt the future of millions of families, but that of millions of jobs and hundreds of thousands of companies that depend heavily on the Single Market.

“On Saturday our message was be loud and clear; No to Hard Brexit, protect EU citizens in the UK and give people a vote on the end deal!"