Brake Quizzed about Racism in Sutton

On Friday, local Lib Dem MP Tom Brake was quizzed on camera about racism in Sutton in the 21st century, by a film and media student from Beddington, who goes to the Brit School of Performing Arts and Technology. 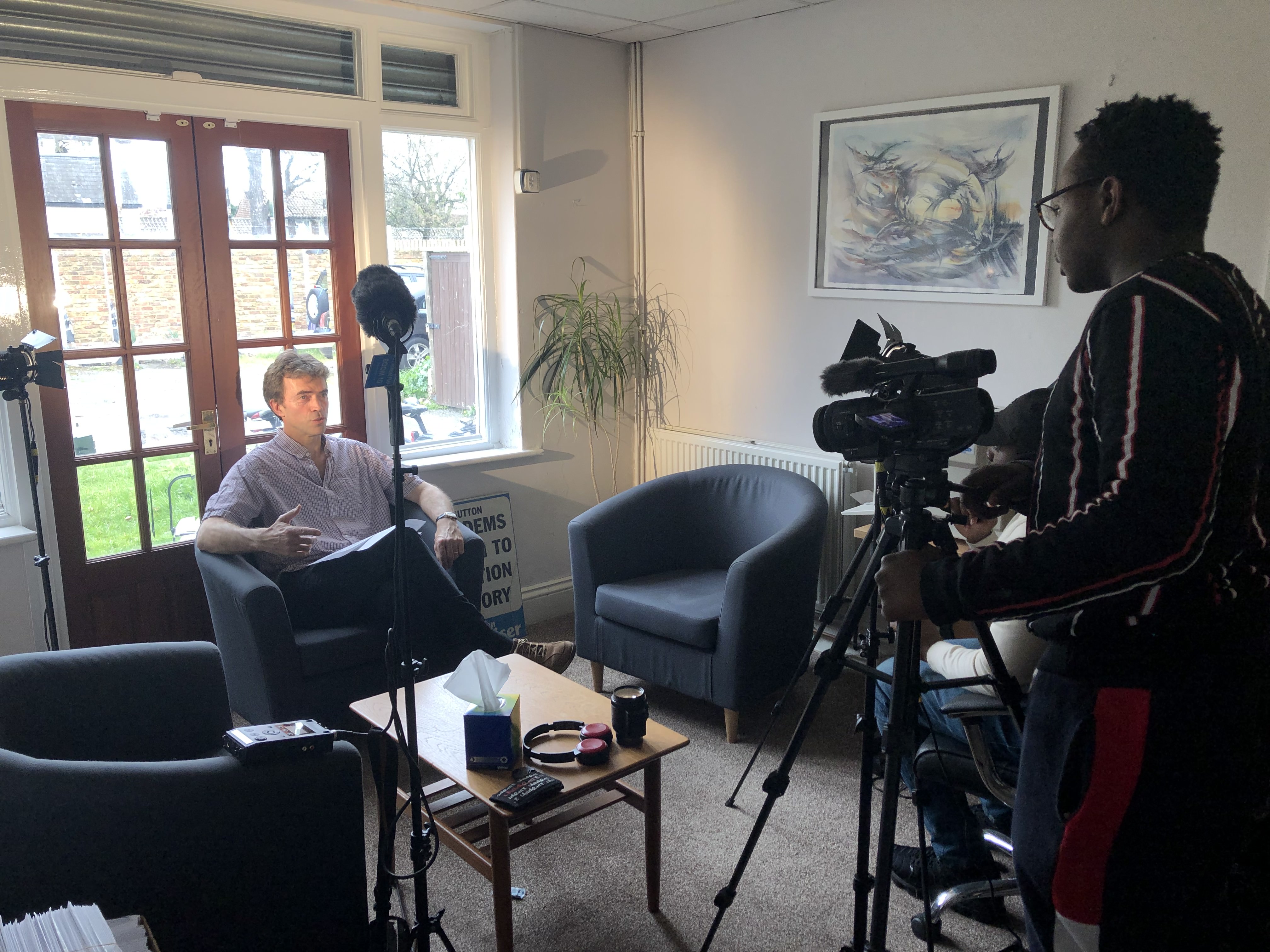 Evidence of racism and discrimination can be found in fields as varied as biased media reporting and recruitment.

"Despite the measures and resources rolled out nationally to promote equality and community, racial discrimination is still alive and kicking in 2019 and affects many citizens. No person deserves to experience this.

"I am proud that the Lib Dem constitution states that we reject all prejudice and discrimination based upon race, colour, religion, age, disability, sex or sexual orientation.

"Ethnic minorities are entitled to be treated with the same formality, dignity and respect as every other citizen, and for all citizens to have their voices heard.

"Above all else, people deserve to feel safe and accepted in their communities. I am committed to ensuring equality among residents in Carshalton and Wallington and encourage those who feel discriminated against to share their experiences so that we as a community can work to overcome them."