Tom Brake, the Lib Dem candidate for Carshalton & Wallington, has signed the ‘No 3rd Runway Coalition’ pledge to stop the expansion of Heathrow Airport. 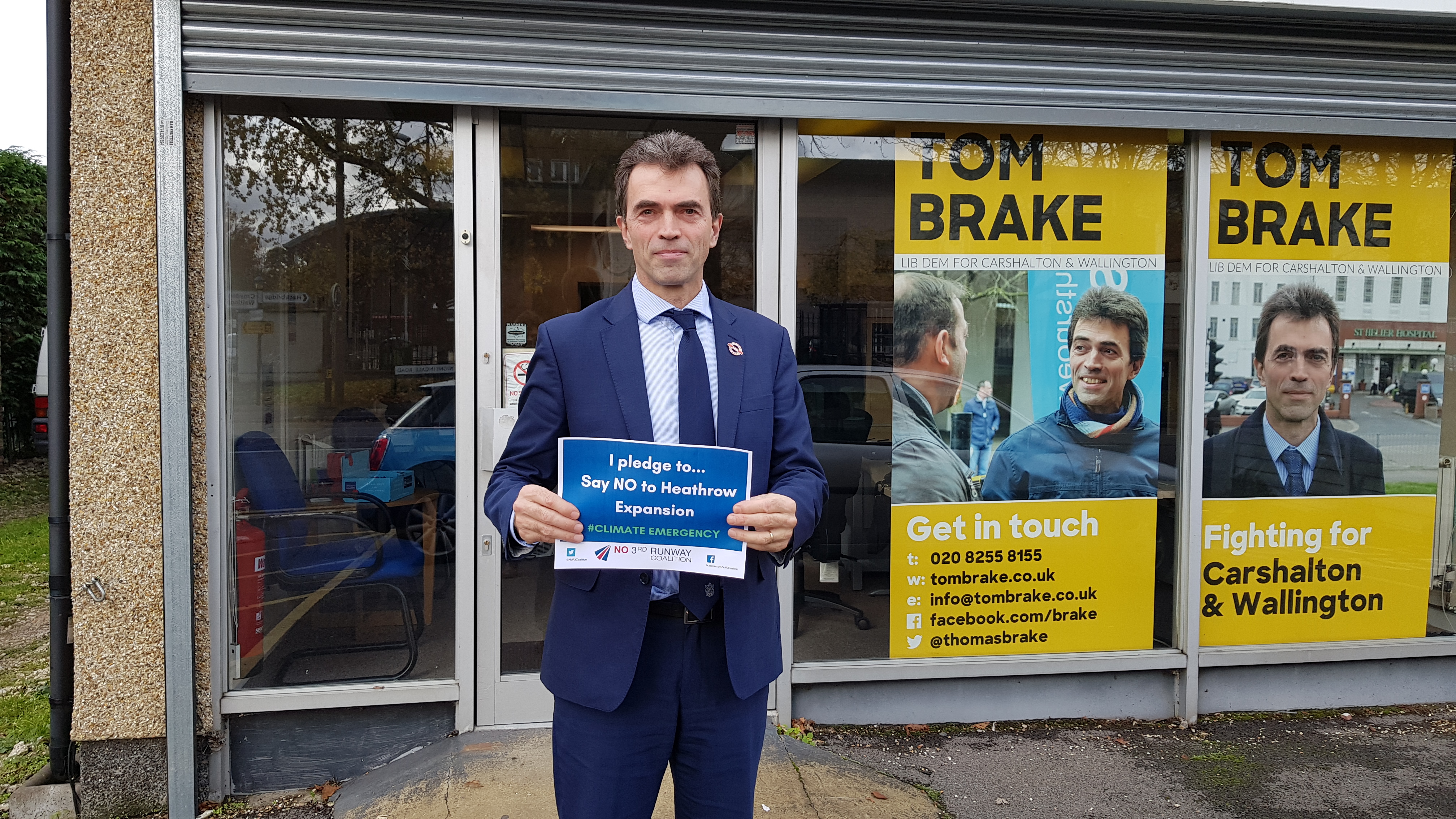 “It was an easy decision to sign this pledge against the expansion of Heathrow airport. I have campaigned against expansion plans for years, and in fact announced this as our policy as far back as 1997.  I know local residents oppose not only the noise, associated increase in traffic but also the detrimental impact of airport expansion and increased flights on our climate.

“The Liberal Democrats are working hard to stop climate change and will continue to support the “No 3rd Runway Coalition” and others fighting to stop Heathrow expansion.”