Liberal Democrat MP Tom Brake asked an urgent question to the government yesterday on the imminent execution of fourteen people in Saudi Arabia, including two who were juveniles at the time of their arrests. 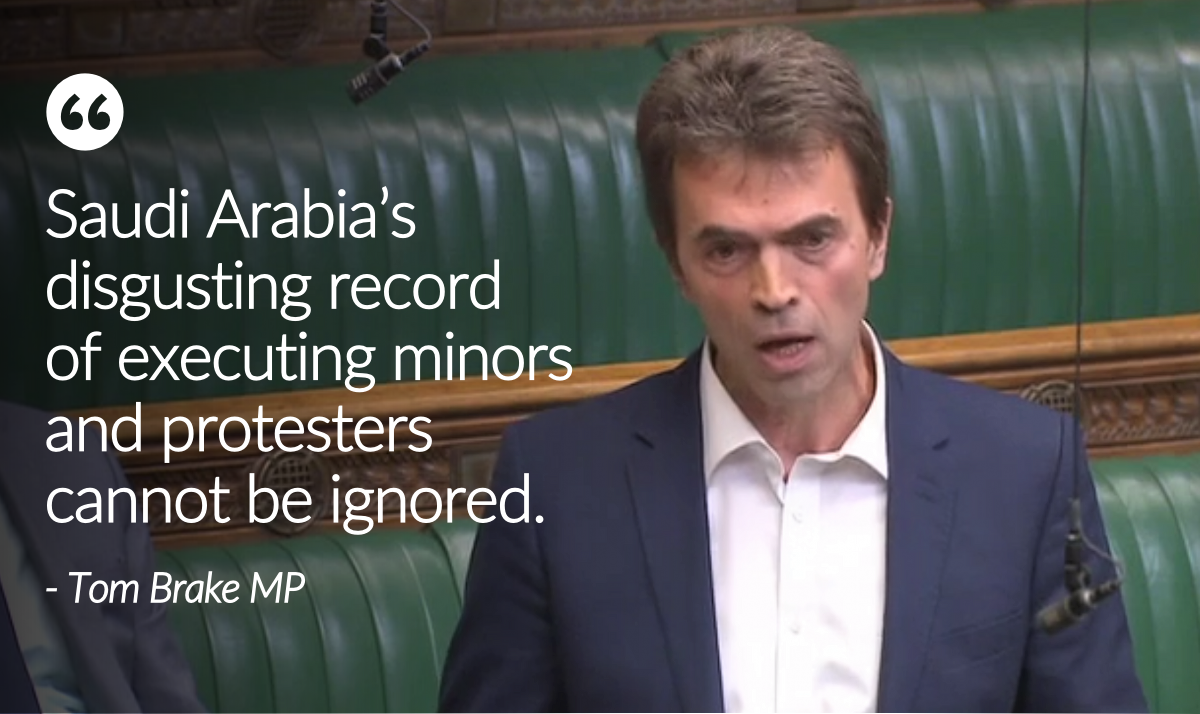 The group were all arrested in 2012 for allegedly participating in protests. The trials were held by a specialist court, set up to deal with cases of terrorism. Juveniles Mujtaba Sweikat and Salman Qureish were only 17 when they were alleged to have taken part in the protests.

“I am ashamed of our government which is more interested in trade deals than defending human rights.

"Today I called on them to stand up to Saudi Arabia and make it clear that there will be consequences if these 14 are executed. To do less would be effectively to sanction these abuses.”

In the Urgent Question in Parliament, Tom said:

“The PM is promoting the UK as a global nation.  How we respond to the threat of summary executions by a partner and close ally will determine exactly what kind of global nation she intends the UK to be; a global champion of human rights or an apologist for human rights abusers.”