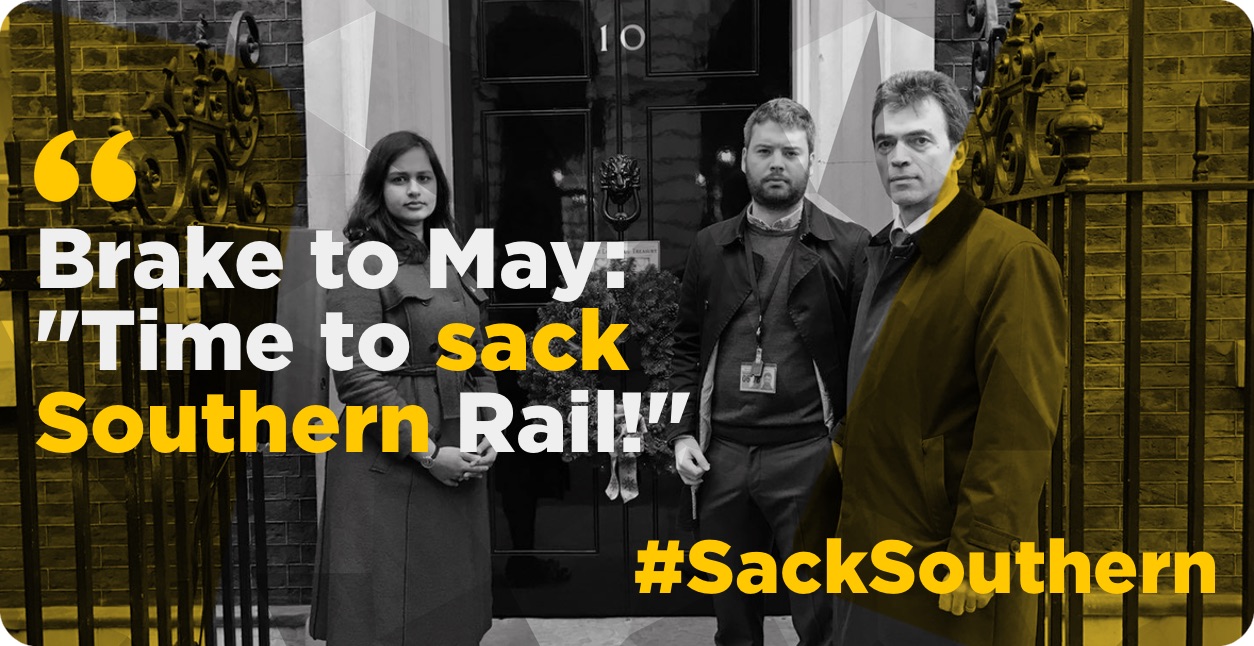 Tom Brake was today, Monday 5th December, joined by Lib Dem Prospective Parliamentary Candidate for Sutton & Cheam Amna Ahmad and Councillor Manuel Abellan, Junior Transport Spokesperson on Sutton Council, to present the PM with a petition calling on the Government to scrap Southern’s and Thameslink’s Rail franchises and to get Transport for London (TfL) to run suburban rail services.

The petition was signed by 2908 Sutton residents, following an ongoing campaign by Tom, Amna and Sutton Liberal Democrats. Southern Rail has come under significant fire from commuters, who have faced huge delays and disruption to their journeys to work as a result of cancelled trains and cut services. This is despite a recent report of a 30.5% rise in profits for the parent company of Southern, Govia Thameslink and expected fare rises in the new year for travellers of almost 2%.

‘‘It’s been almost two years since we were promised rail services would get better. Instead commuters found out last week that fares will go up in 2017 despite receiving the worst train services in the country. The Government’s inaction is a disgrace and shows that they are not ready to stand up to the train operators.

It’s time for the Government to step up and strip Southern and Thameslink of their franchise and instead get Transport for London to run suburban rail services. I hope our petition is a wake up call to the PM.’’

‘‘Today we handed in a petition, signed by thousands of local residents, who are sick of the awful service they get from Southern. Ironically I was late to Downing Street because of a delayed Southern service. The whole journey was really stressful.

We would not put up with this service anywhere else - so why does the Government remain silent? My experience is not an isolated incident. These things happen regularly in Sutton to residents who face the anxiety of being late to work, to an important meeting or simply parents who cannot get home in time to read a bedtime story to their children. The Government must sack Southern and Thameslink now. "

‘‘South London and especially Sutton relies heavily on rail services. If we are going to meet our objectives to build new affordable homes, attract investment to the area, create thousands of jobs and build the London Cancer Hub, we need a reliable overground type of rail service in Sutton and for the Government to invest in modern transport infrastructure in South London.”

Tom will also be raising the petition in Parliament later today, during an urgent question on Southern services.

The ‘Sack Southern’ petition can be found at http://www.tombrake.co.uk/sack_southern. 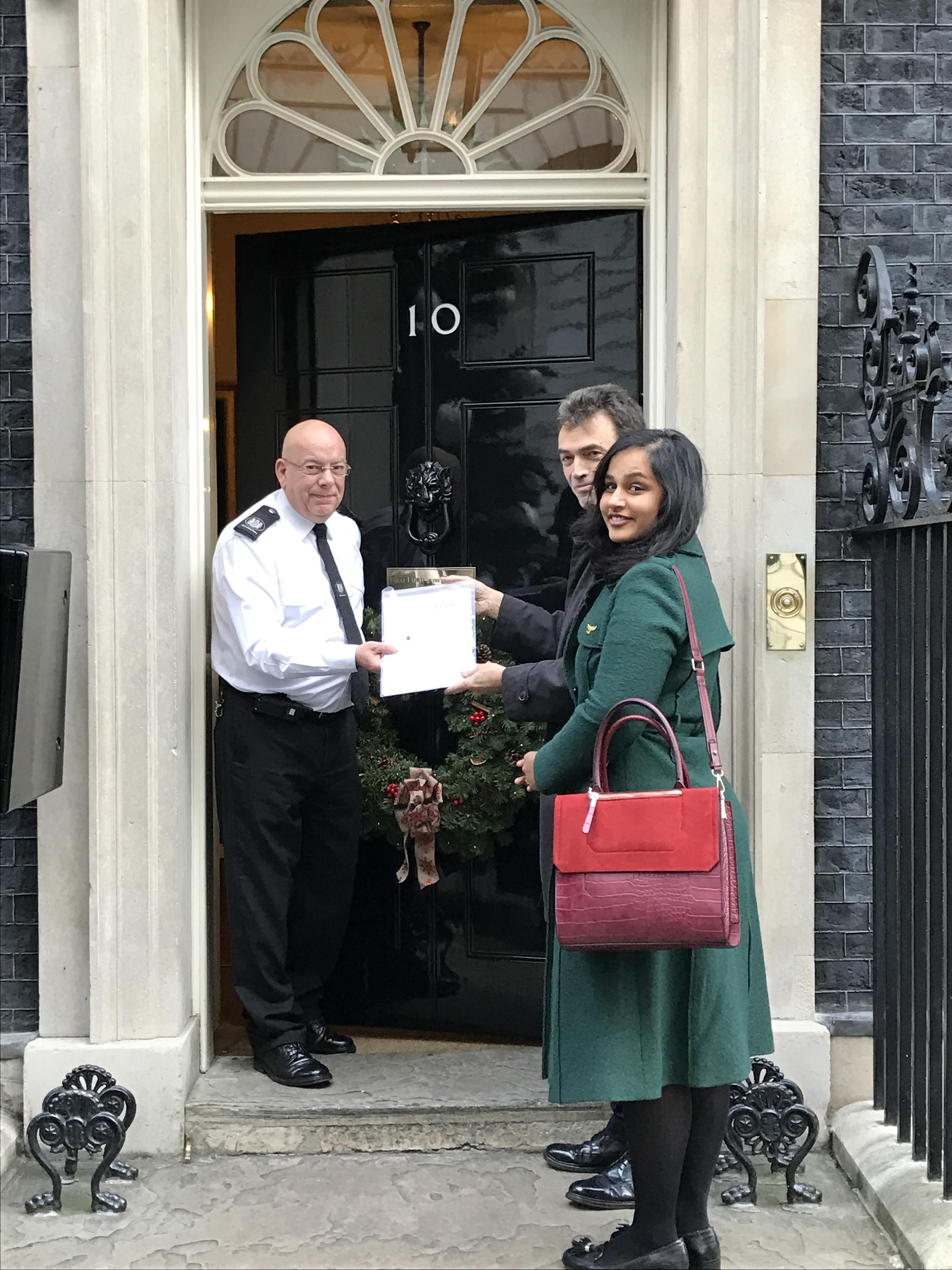 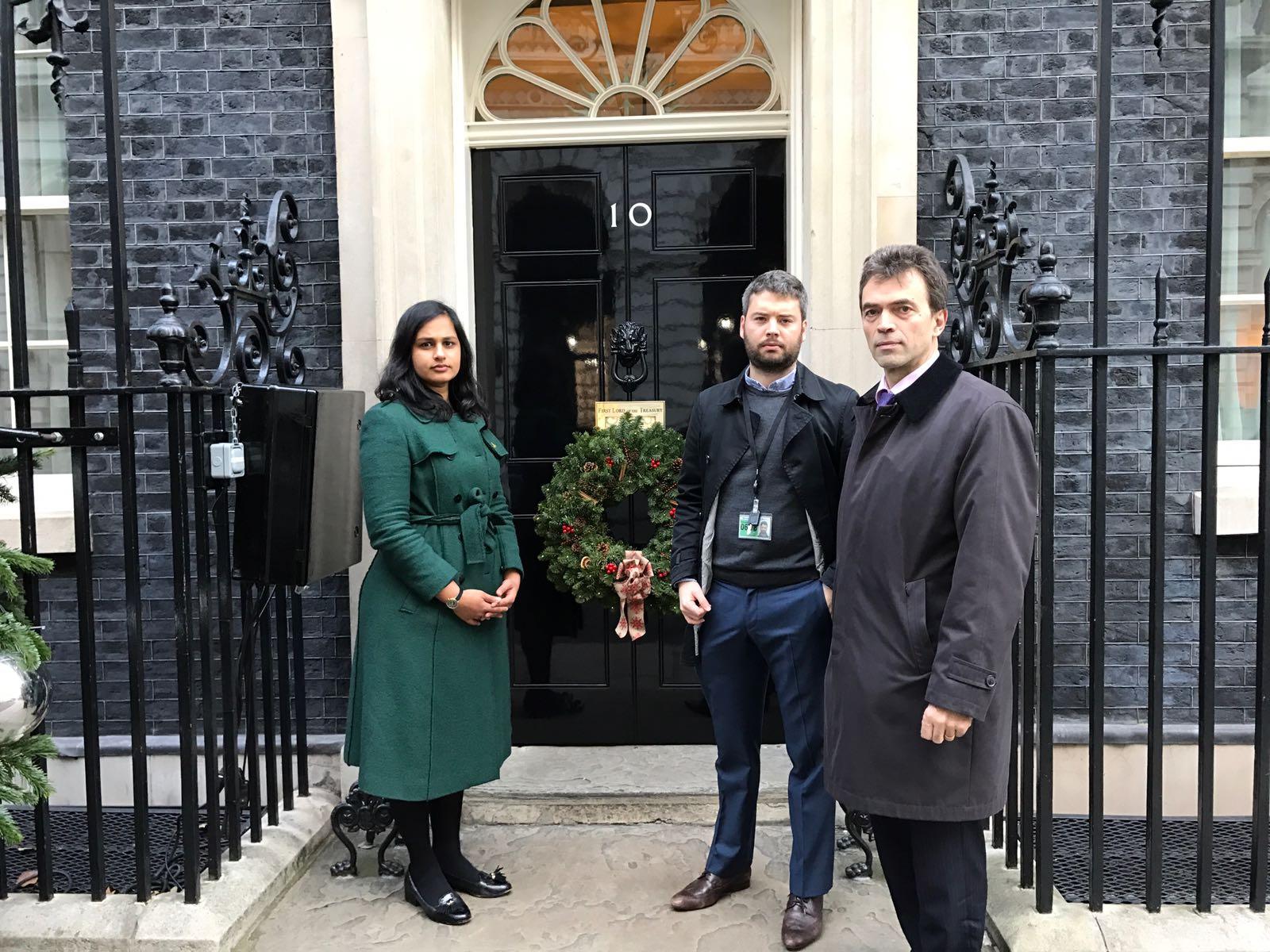