Tom Brake MP had the honour of witnessing the presentation of the Legion d’Honneur, the highest French order of merit for military and civil achievements, to Helene Aldwinckle at Ryelands Care Home in Wallington last month. 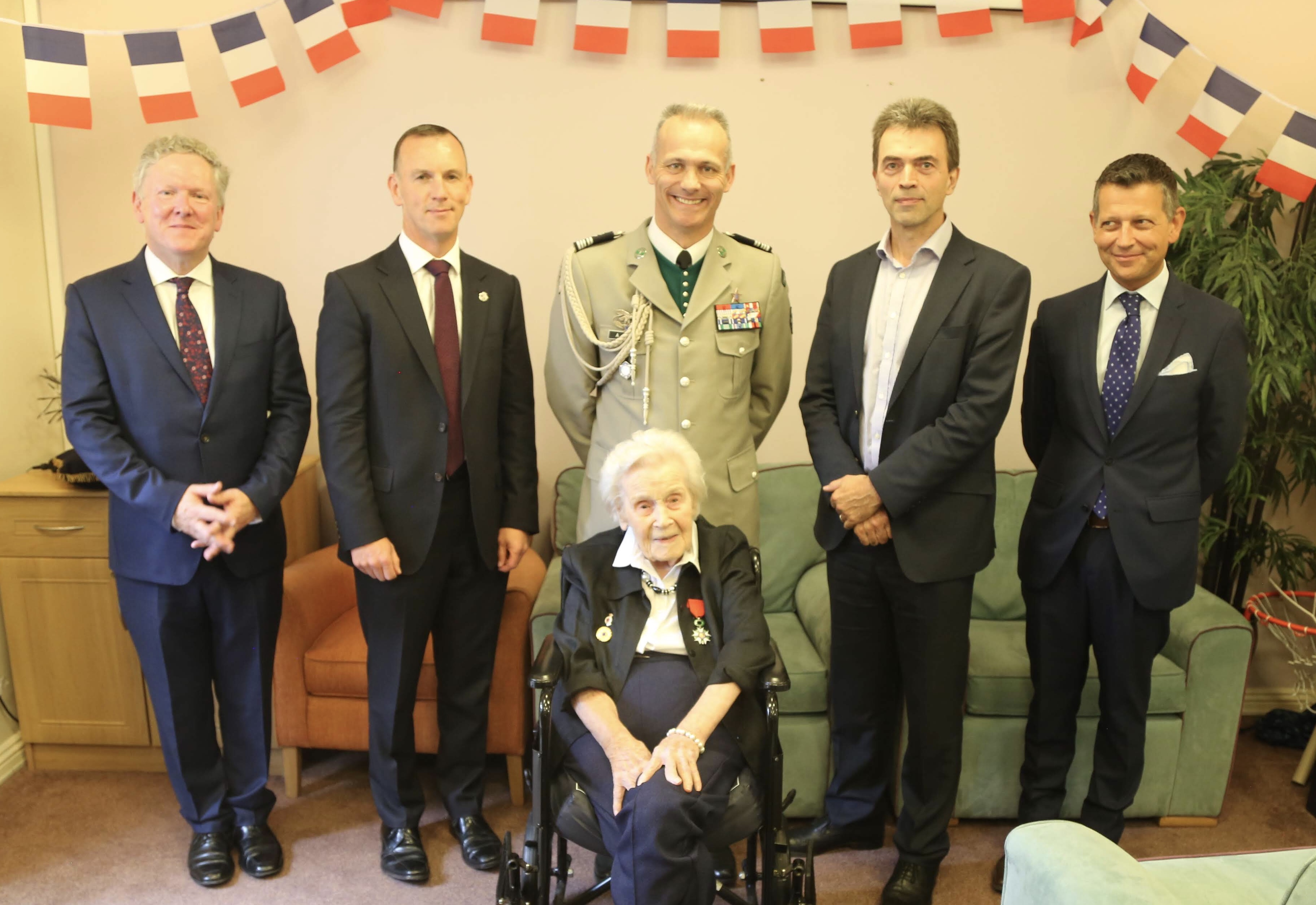 The Carshalton & Wallington MP said to May:

"I had the honour of witnessing the presentation of the Legion d'Honneur to Helene Aldwinckle for her work as a Bletchley Park code-breaker in World War 2. She played a critical role, with our allies, in fighting the most disgusting fascist ideology.

"Will the PM join me in saying that all politicians should remember the common goals which united people like Helene.

"And they must never resort to, and must always call out, nationalistic rhetoric which paints others as enemies, victimises minorities, or espouses racism.

"And if they don’t, they are neither fit to be a President nor a Prime Minister."

"Unsung for some considerable time they played an absolutely crucial part in our ability to defeat fascism in the Second World War and we should be very proud of the work that they did. I am grateful for the opportunity he has given for this House to celebrate it."

Helene Aldwinckle worked in Hut 6 from 1942-1945 deciphering Enigma codes, apart from a brief period in 1943 when she was asked to run familiarisation courses for arriving Americans, including JFK’s and LBJ’s Foreign Affairs adviser Bill Bundy.