Brake to London Mayor, ‘Bring the Tram to Sutton’ 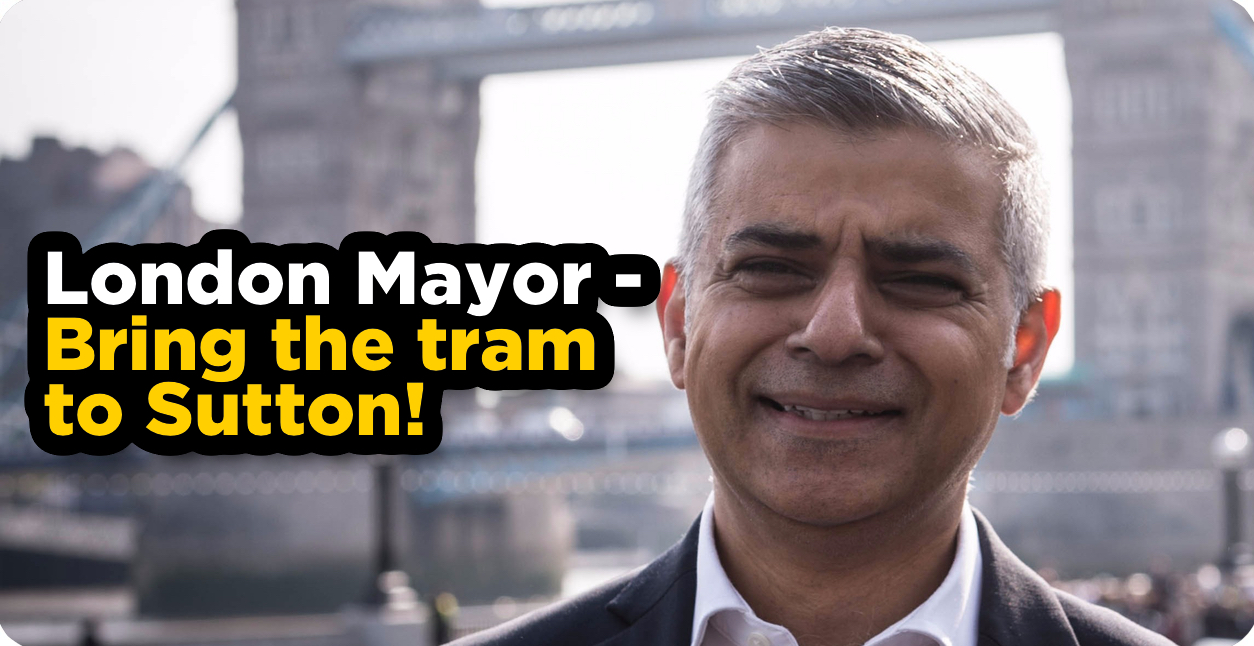 Before the Mayor’s Question Time in Carshalton had even started last week, Tom Brake, MP for Carshalton and Wallington, had urged London’s Mayor, Sadiq Khan, to bring the tram to Sutton.

‘‘Sutton has no tube stations and is served by a failing Southern service. We need a smart 21st century public transport system to reduce our dependence on cars which damage the environment and increase pressures on our already heavily congested roads.  This is where the tram comes in.

But it’s alarming that less than one year into his term, and after a visit to Sutton just a few months ago, the Mayor already appears to have ditched the tram.

Yet the huge benefits of Tramlink are well-known - 10,000 new jobs, regeneration of Sutton Town Centre and, in the long term, providing links with the London Cancer Hub. That is why I will continue to campaign with my colleagues on Sutton Council and Lib Dem London Assembly member Caroline Pidgeon to bring the tram to Sutton and get London’s Mayor to change his mind.’’

You can find out more about the Tramlink extension from Wimbledon to Sutton here: https://www.opportunitysutton.org/sutton-for-investment/tramlink/.