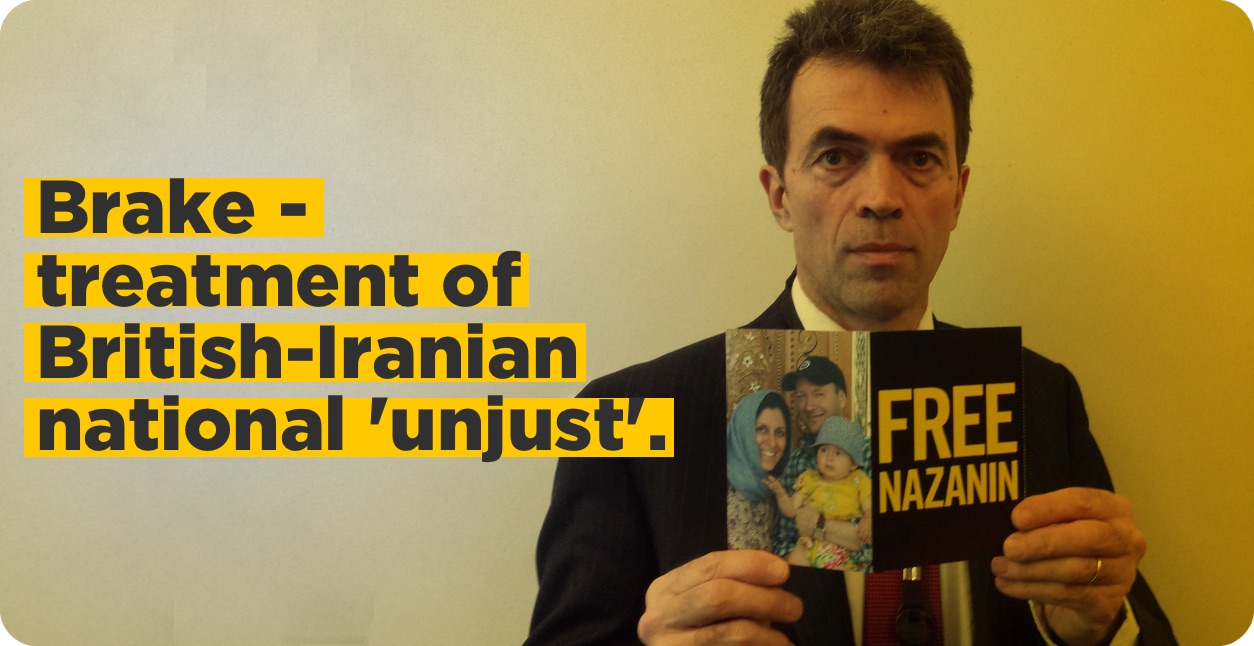 Since being detained in Iran in April this year, facing at least a five year prison sentence, Nazanin’s health has significantly deteriorated, She is suffering from heart palpitations in addition to pain in her hands, arms and shoulders and blurred vision. She also began a hunger strike on 13 November to express her despair over the prospect of never being released.

Long periods of Zaghari-Ratcliffe’s detention have taken place in solitary confinement in the high-security wing of the notorious Kerman and Evin prisons. On a recent emergency visit to see her daughter, Nazanin’s mother collapsed when she saw how thin her daughter had become.

Concerns have also been raised that Nazanin’s mental health may have deteriorated to the point of considering suicide as a way out. Her husband told Amnesty International recently that over the past few weeks she had reached “breaking point”. He said her spirits had sunk so low that she even wrote a suicide letter to give to him through a cellmate. She has apparently not talked about suicide since.

Tom Brake, MP for Carshalton and Wallington has tabled an EDM calling for urgent action, and has pressed the Foreign Secretary to raise the case with Iranian Foreign Minister at the first opportunity. In a parliamentary question to the Foreign Secretary as to what steps were being taken, Tom received the following response:

“I can tell the right hon. Gentleman that the Foreign Office is in regular contact with the Iranian Government at all levels. The matter has been raised by the Prime Minister with President Rouhani, and by me with Foreign Minister Zarif. My hon. Friend the Member for Bournemouth East (Mr Ellwood) has only recently had meetings on that very subject. The matter is of the utmost priority for this Government, and we are doing our level best to resolve it.”

“The treatment of Nazanin has been unjust to say the least. Since being arrested in April on spurious charges, citing ‘National Security’ risk, she has been detained in solitary confinement for at least 45 days, separated from her baby daughter and denied proper medical attention. I am joining Amnesty’s call for Ms Zaghari-Ratcliffe to be released immediately and unconditionally.

“There are also questions as to the British Government’s role in all of this. This is a British National -  a mother - who is being detained on ridiculous charges following an unfair trial. Clearly Mr Johnson’s ‘level best’ is not good enough and continued vague platitudes from the Government are not enough. The Government needs to intervene and take urgent action to ensure Nazanin is safely brought home.”