Earlier this month, Tom Brake MP took part in World Ovarian Cancer Day by wearing a rose at Prime Minister’s Questions to raise awareness of the disease and its symptoms. 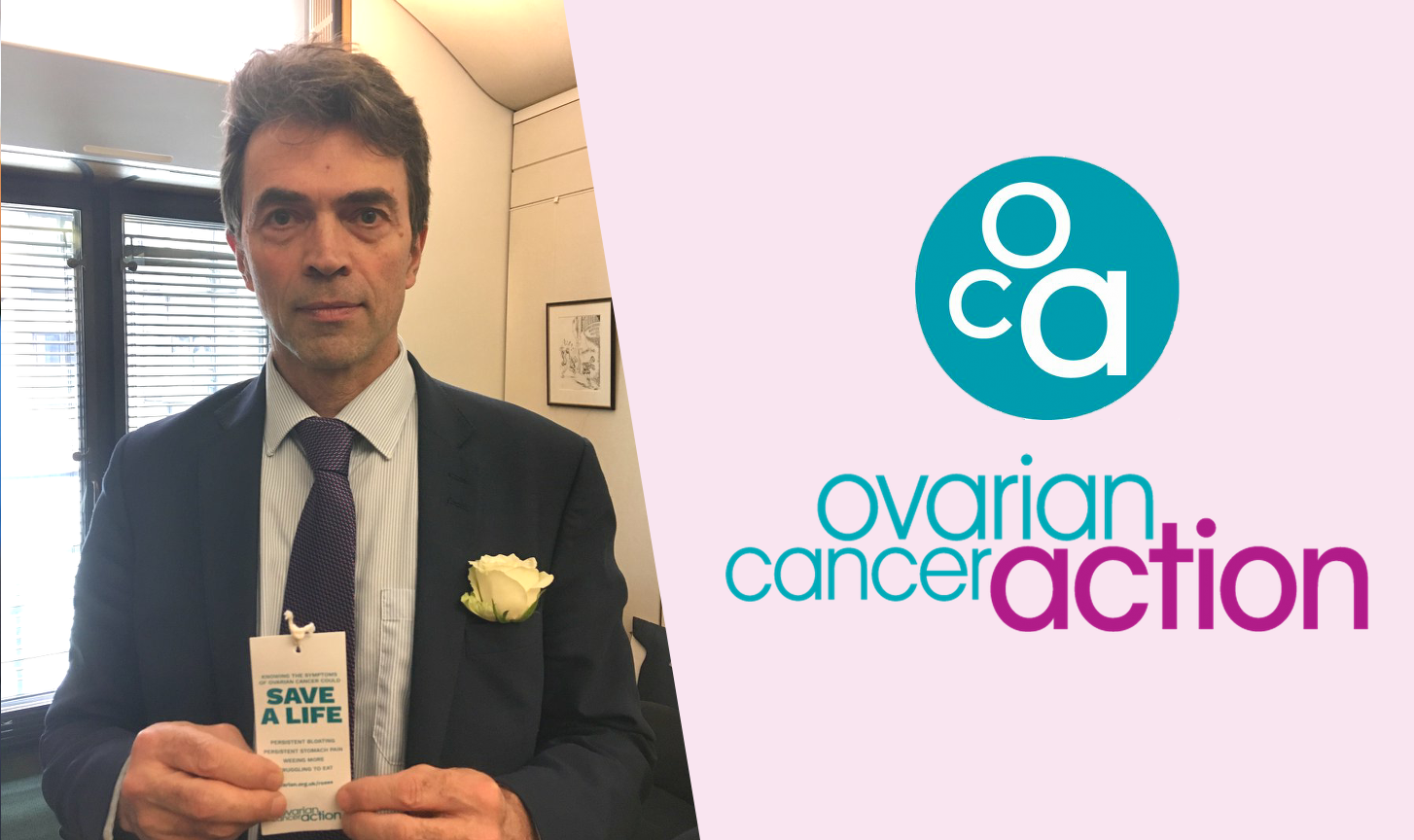 The Ovarian Cancer Action charity handed out 33,000 white roses along with symptoms cards to raise awareness and share a message of hope. The UK currently has some of the worst ovarian cancer survival rates in Europe - an early diagnosis is vital and could be lifesaving.

"I am thrilled that Ovarian Cancer Day received such fantastic cross-party support. It is very important to raise awareness of the symptoms of this cancer and help ensure women are diagnosed as early as possible.

"I would encourage Carshalton and Wallington residents who are experiencing any of the symptoms to prioritise their health, listen to their bodies and see their GP. The government must get involved and take action now to improve survival rates in the UK."

82% of women are unaware of the symptoms of ovarian cancer and therefore do not seek any medical attention. Symptoms include persistent stomach pain, persistent bloating, needing to wee more frequently, finding it difficult to eat, feeling fatigued, unexplained weight loss, or a change in bowel habits.

You can find out more about ovarian cancer and Ovarian Cancer Action charity here: ovarian.org.uk