On the 19th January, Tom Brake MP held a meeting, at Wentworth Hall, attended by over 50 EU citizens living in Carshalton & Wallington. 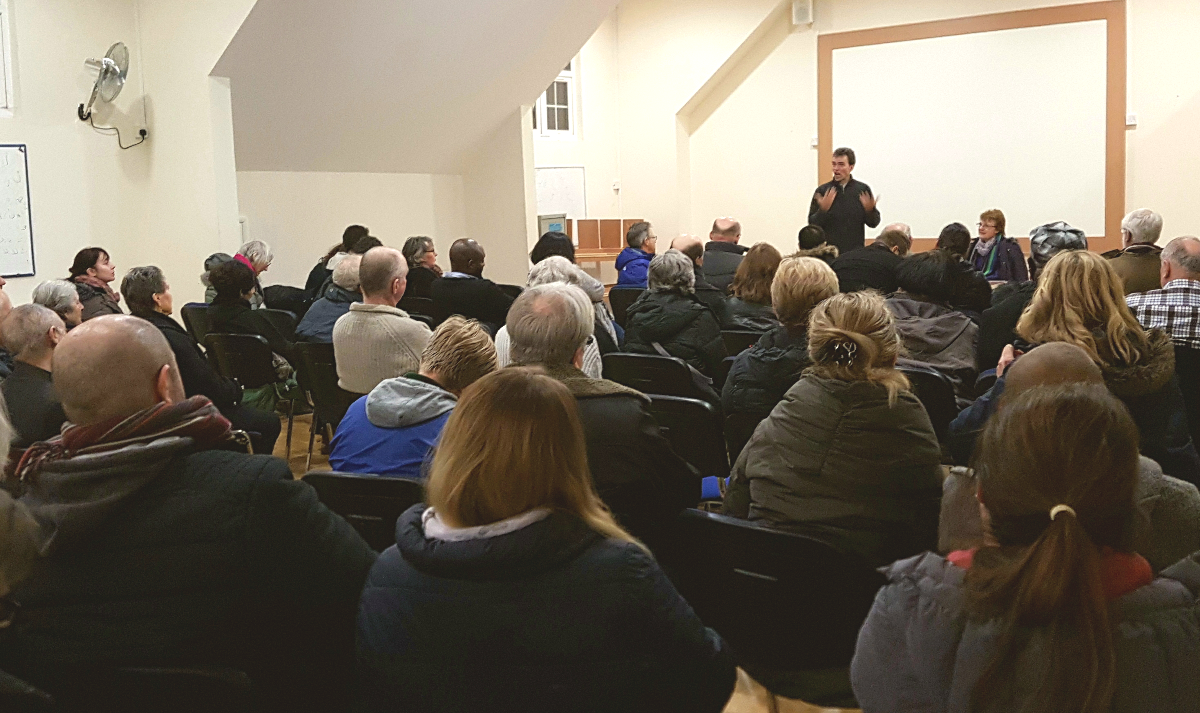 The meeting was an opportunity for Tom to give an update on the ongoing Brexit negotiations and answer questions from the audience. The attendees included EU citizens living in the UK for decades, fairly recent arrivals and some who arrived after the EU referendum.

A variety of topics were discussed, including citizens’ rights, immigration rules, the Government’s proposed settled-status, the Northern Ireland border.

During the meeting, Tom emphasized the positive contribution that EU citizens make to the UK and his campaign to ring-fence EU citizens’ rights, regardless of the outcome of the negotiations.

"I am glad that so many people turned up to share concerns about their futures.

"I know that thousands of local EU citizens have been left in limbo by the Conservative Government since the Referendum, so I wanted to provide them with an update and practical information but also hear from them.

"Since the Referendum, I have also been extremely concerned by the rise in hate crime that many EU citizens, in Sutton and elsewhere, have experienced. So this was also an opportunity for me to reassure them that our community will not tolerate such behaviour.

"I encourage EU citizens to sign up to the Government’s updates and anyone in Carshalton and Wallington who has questions about Brexit to get in contact with me."

The meeting was run in conjunction with Open Britain, a pro-European campaign group set up in the aftermath of the EU referendum in 2016. Information can be found about Open Britain at http://www.open-britain.co.uk/sutton or by email on openbritainsutton@gmail.com

EU residents can sign up to email updates from the Government here: https://www.gov.uk/guidance/advice-for-british-nationals-travelling-and-living-in-europe.