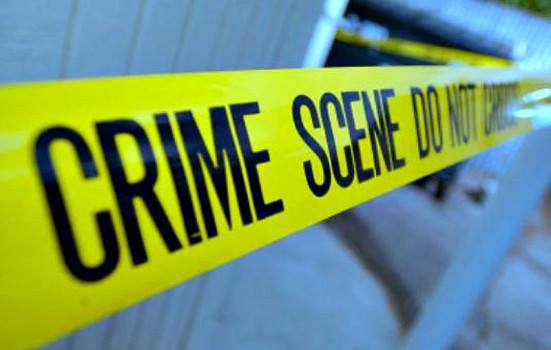 Last month a leaked report revealed the Home Office accepted that falling police budgets and police numbers have contributed to serious violent crime. Now we see that last year knife crime grew by 22% and offences with firearms by 11%.

The Liberal Democrats have been calling for an increase in police budgets for three years to boost community police officer numbers and investment in specialist anti-knife crime projects and youth services. The Conservatives have to do far more.

From rising knife crime to falling police budgets to Windrush - this is the legacy of Theresa May, the UK's longest serving Home Secretary. Unfortunately local Conservatives continue to support every wave of cuts to our Council and police forces.

Locally, Conservative police cuts have resulted in Labour’s London Mayor proposing a dangerous police merger of Sutton, Croydon and Bromley police command units, which threatens Sutton’s status as one of the safest boroughs in London.

Your local Liberal Democrat Councillors and I are fighting tooth and nail to stop this merger and if you agree, you can sign our petition below. https://bit.ly/2o7oYR1

We are the only political party in Sutton working hard to stop this merger, so if you want Sutton to remain safe with more police officers, not fewer there is only one choice this Thursday 3rd May.

A letter to the Commissioner of the Metropolitan Police, Cressida Dick from the Liberal Democrats about the proposed merger.

We are writing regarding Sadiq Khan’s and MPS plans to merge Sutton’s Borough Command unit with that of Bromley and Croydon, putting the policing of these 3 boroughs under the responsibility of one Borough Commander.

We understand that these proposals come as the Conservative Government is forcing the Met to make further savings of £325m by 2021. This means that by April, London will have just 30,000 police officers on the streets. The number of officers in Sutton is already down 10%.

Just this month, a Home Office leaked document directly contradicted the Government’s claim that police cuts were not to blame for increase in violent offending.

The alarming rise in violent crime in London and elsewhere of course can’t just be blamed on police cuts – there are always multiple causes of crimes. Liberal Democrats have consistently argued for a broad range of measures, with a much greater focus on crime prevention and investment in communities and young people.

Strong evidence suggests that a return to well-resourced community-based policing, with intelligence-led targeting, is the best way to cut crime. That’s why we have called for an extra £300 million to be spent on community policing each year. This would enable an extra 10,000 officers to be recruited.

Instead, what is being proposed are cuts to police numbers by the Home Secretary and a merger of Borough Command units in London. We are extremely worried that this will inevitably lead to slower response times, as resources are dragged away from Sutton to higher-crime areas like Croydon, risking Sutton’s status as one of the safest boroughs in London.

Sutton’s approach to community safety is coordinated through the Safer Sutton Partnership Service (SSPS) which has been a highly effective partnership between the Council and Police, since its establishment in 2005.

The SSPS continues to make a great contribution to keeping crime low in Sutton.

If these merger proposals are going to proceed, in the face of strong local opposition, we would need guarantees that the Safer Sutton partnership will be allowed to continue, that no officers will be abstracted to Croydon or Bromley and that Sutton’s Police Station will not close.

With violent crime on the increase in London, the move to merge command units is inexplicable and irresponsible and we hope that these proposals will be reconsidered.

We stand ready to work with you, the London Mayor, other MPs and London’s Council Leaders to find a better solution to keep Londoners safe.