Tom Brake is campaigning to scrap the Conservatives' 'dementia tax' which would hit more than 9 in 10 homes in Carshalton and Wallington. 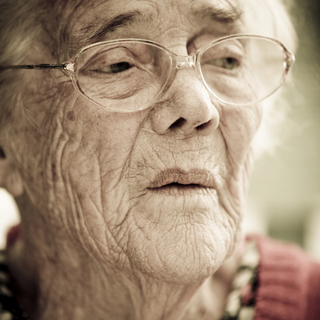 Research by the Lib Dems has revealed that 95% of homes in Carshalton and Wallington could be eligible for sale to meet Theresa May's so-called 'dementia tax'.

Tom has urged residents, irrespective of their party affiliation, to join a campaign to stop the Conservative social care plans which would saddle those with long-term illnesses with crippling care costs after their death.

The Liberal Democrats are calling for a penny on income tax to boost funding for the NHS and social care by £6bn a year, as well as a £72,000 cap to protect people from crippling care costs. Under Lib Dem plans, Sutton would receive a £21 million boost to social care.

''Over the past few days, millions will have shuddered at Conservative plans to fund social care.

I am worried for elderly residents in Carshalton and Wallington who would be hit with crippling costs to pay for their care.

These plans are a betrayal of those who worked hard all their lives to leave something behind to their loved ones but when they end up with a condition like dementia, through no fault of their own, see the value of their home whittled away in home care costs.

The proposals were devised without input from experts, ignore advice from charities and care providers and fly in the face of a recent independent review. I am afraid that this is yet another obvious example showing what happens when a Government takes you for granted. The Conservatives are now reeling from the backlash against their proposals and are frantically trying to distance themselves from their original plans.

So far, the Conservative candidate for our area has remained silent on the issue, toeing the party line, and hoping people will soon forget about it. Our area deserves much better than this. If re-elected I will vote against the so-called ‘dementia tax’ and fight to implement a cap on the cost of social care to protect people in their old age.''

Back Tom's campaign to scrap the ''Dementia Tax''.