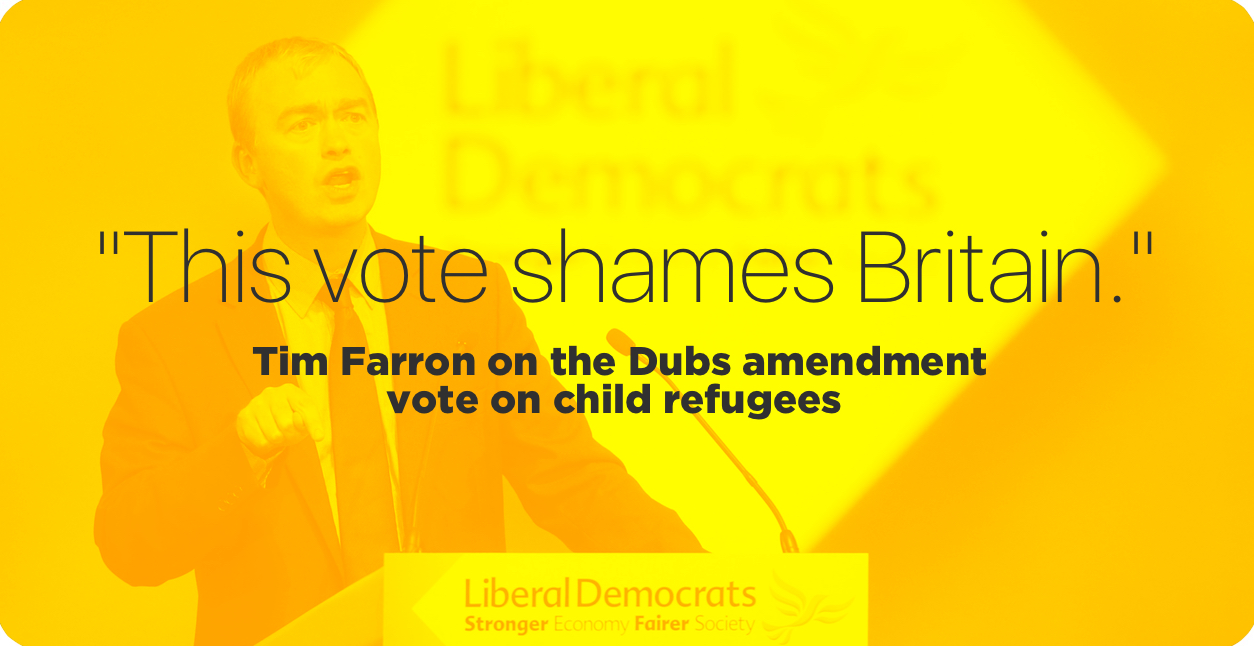 MPs have voted by a majority of 20 to reject an amendment which would keep Dubs child refugee scheme open.

“This vote shames Britain. The Government continues to defend the indefensible by closing Dubs against opposition from a significant number of MPs, including those on its own benches, and from the public.

“The Dubs scheme has given hundreds of vulnerable unaccompanied children sanctuary here in the UK but thousands more continue to be held in limbo in France, Greece and Italy. The Tory Government’s decision to turn its back on these children despite local authorities saying they want to help is utterly heartless and heartbreaking.

“This defeat is not the end of the road. It would be in the best interests not only of the children stuck in Europe, but of the Government itself, to stop fighting the decent majority who want Dubs to remain open.”