The public has become increasingly sceptical about government's ability to control migration in a fair and balanced way. I understand why, but I think it is important that we also recognise the positive contribution that migrants have made to the growth, prosperity and culture of the UK for generations.

EU migrants make a huge contribution to our economy, with the net positive contribution of EU migrants arriving since 2001 at a huge £20bn. For example almost 15,000 EU migrants work for the NHS as nurses, midwives and health visitors, making them indispensable to our public services.

The idea that Britain is being flooded by EU nationals is simply not true. Only around 4% of UK residents are EU nationals and immigration to Britain over the last 10 years has been significantly higher for non-EU citizens than for EU citizens.

Leaving the EU will not stop immigration to the UK. Countries such as Norway and Switzerland, who are not part of the EU, have to accept free movement and have higher rates of EU migration than the UK.

I want an immigration system in place that is fair, effective and trusted. Britain must be open for business and growth but closed to crooks and cheats. Britain needs more students and more visitors to come to help our economy grow. That's why I was proud when in Government we succeeded in reintroducing full entry and exit checks at our borders. 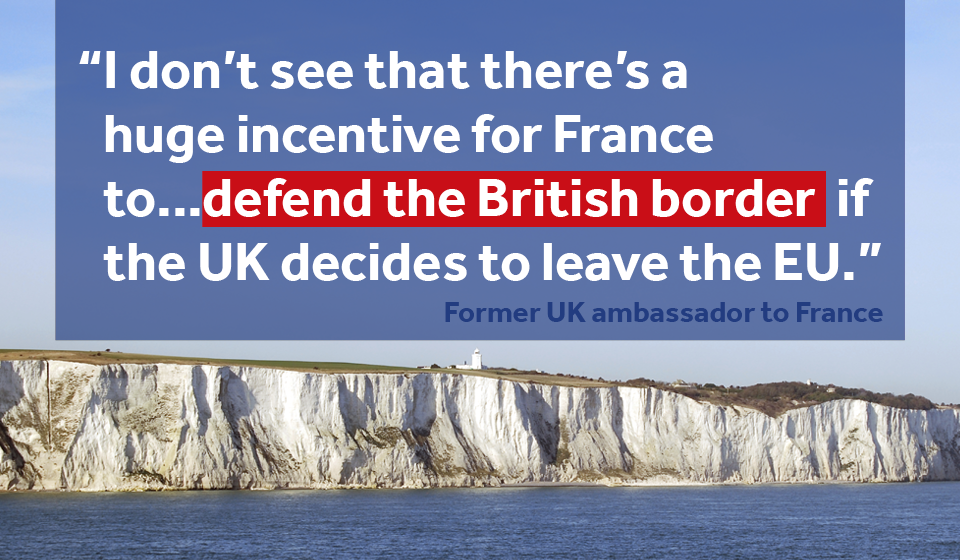