This week the Labour party selected Emine Ibrahim as the Labour candidate for Carshalton and Wallington. 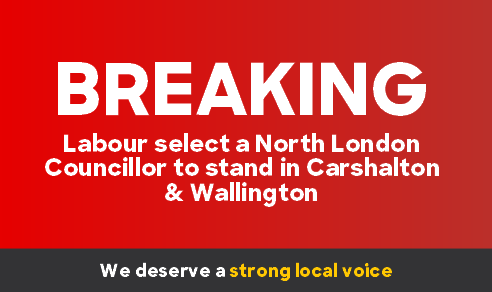 Emine Ibrahim, a resident of Haringey in North London, was elected as a Councillor for the Harringay ward in Haringey on the 2014 local elections.

“In the 2015 General Election we had a Labour candidate who lived in Islington and now the Labour Party have selected a sitting Councillor in Haringey.

“It is clear that the local Labour Party are not taking the seat of Carshalton and Wallington seriously. Residents deserve a candidate who lives locally, knows the area and understands key local issues, like the fight to save St Helier hospital, the impact of government cuts on our schools and the campaign to improve Southern and Thameslink train services.

“This election is a clear choice between the Conservatives, who are cutting millions from our excellent local schools and putting at risk the future of our local hospital, and my record of helping thousands of people, standing up for our area and fighting for our local hospital. Labour are out of the race.”