The Liberal Democrats have called on the government to propose an additional £300m a year for police forces across the country. 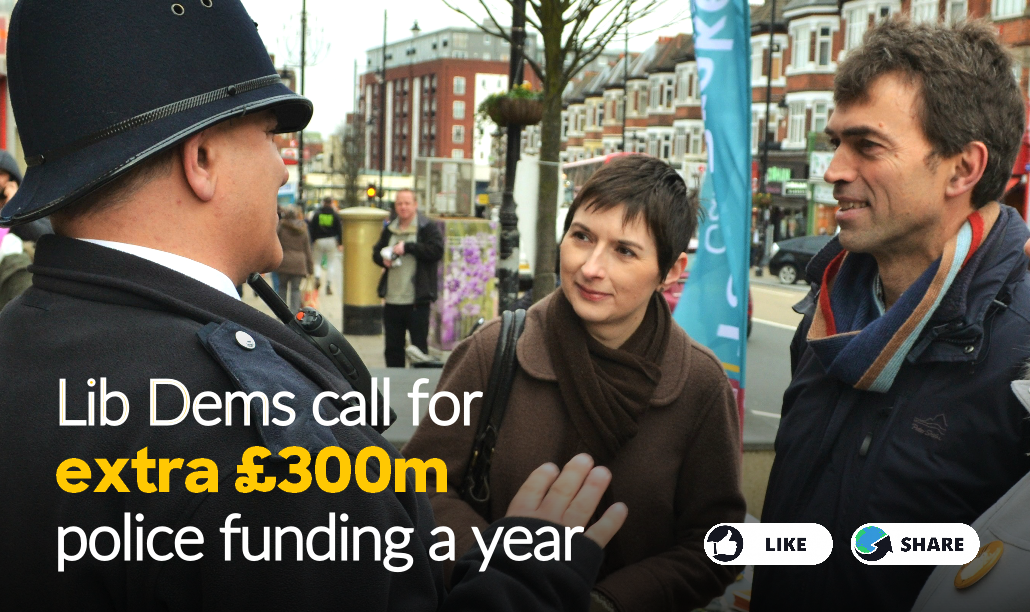 It comes as senior police chiefs have warned that budget cuts are undermining their ability to do their jobs properly.

"We live in one of the safest borough in London. In Sutton, the council and police have a special partnership that helps keep crime down. It's a great record that could be jeopardized if these cuts go ahead.

"For the Conservatives to deny police cuts even happened suggests they are in total denial and are effectively now challenging the word of Britain's senior police officers.

"A credible Government would be listening and responding positively to the police after the recent appalling acts of terrorism in Manchester and London, rather than confronting those who risk their lives to keep us safe."

The Chair of the UK Statistics Authority Sir Andrew Dilnot ruled last year that despite claims to be providing “real-terms protection” for the police, forces actually faced a £160m real-terms cut in their Whitehall funding in 2015-16 and 2016-17 (link)