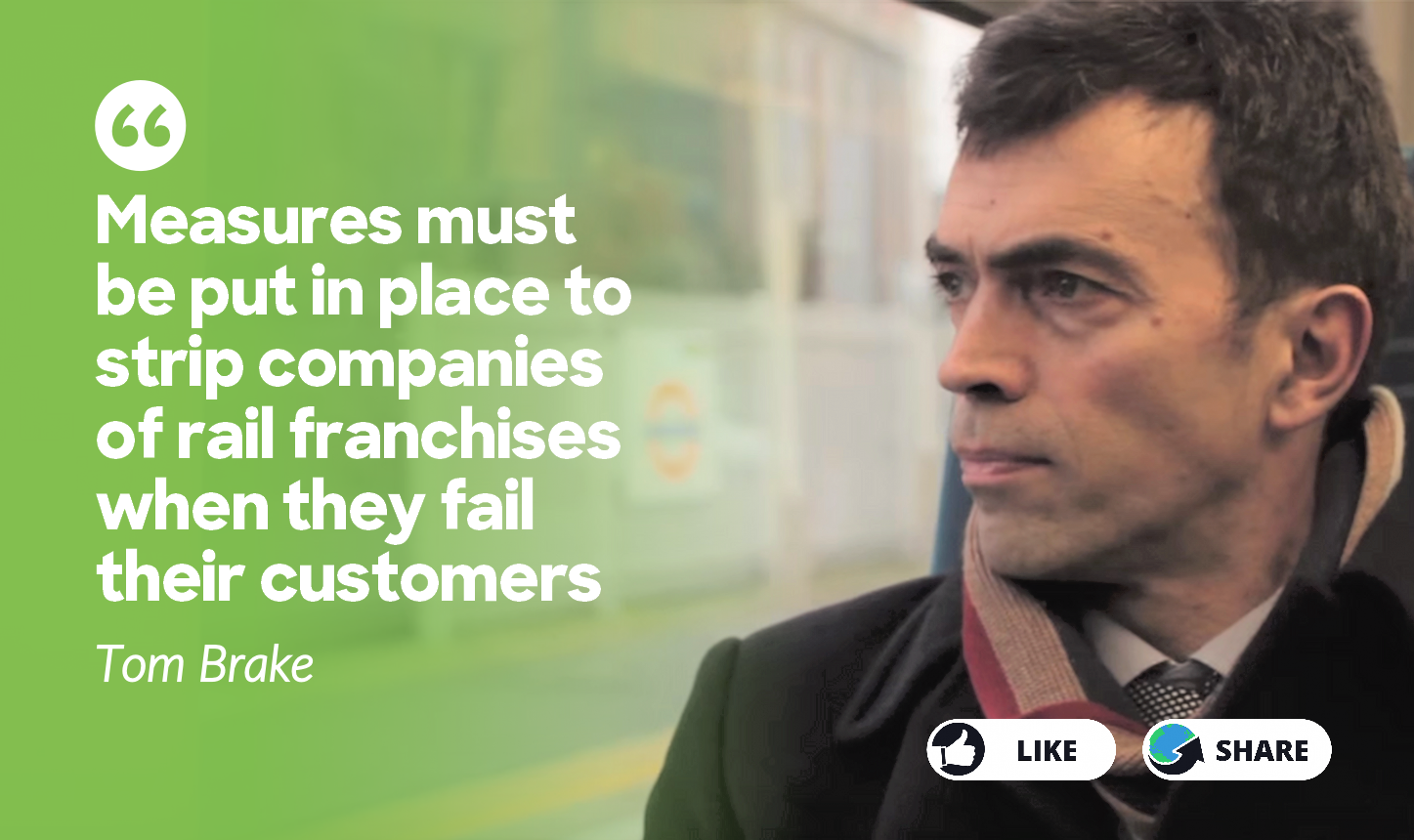 The proposal calls for a short-term Government intervention, with the Department for Transport taking immediate responsibility for Southern’s services.

“The unbelievable levels of disruption on Southern Rail these last 18 months have inflicted misery on thousands of commuters and cost Londoners unnecessary stress, time, money and sometimes even their jobs.  Incredibly, in the last month of last year, two thirds of Southern’s services failed to run on time.

“A tough measure such as this will make it clear to the other companies running rail services that when they fail their customers, they will be sacked too.

“Longer term, the Lib Dems still aim to make TfL responsible for suburban rail services in London.  TfL have a proven record of running services in the capital and of turning around failing rail lines. A clear solution was available, with cross-party support, and yet Chris Grayling put party-politics ahead of common sense and performed a u-turn, abandoning the plans to put TfL in charge of suburban rail when Conservative Zac Goldsmith failed to get elected London Mayor.”

You can add your name to Tom Brake’s “Sack Southern Campaign” here: http://www.tombrake.co.uk/sack_southern.