Lib Dems would increase wages for our nurses, teachers and police

The Lib Dems have announced that they would end years of pay restraint for public sector jobs by lifting the 1% cap and increasing wages in line with inflation. 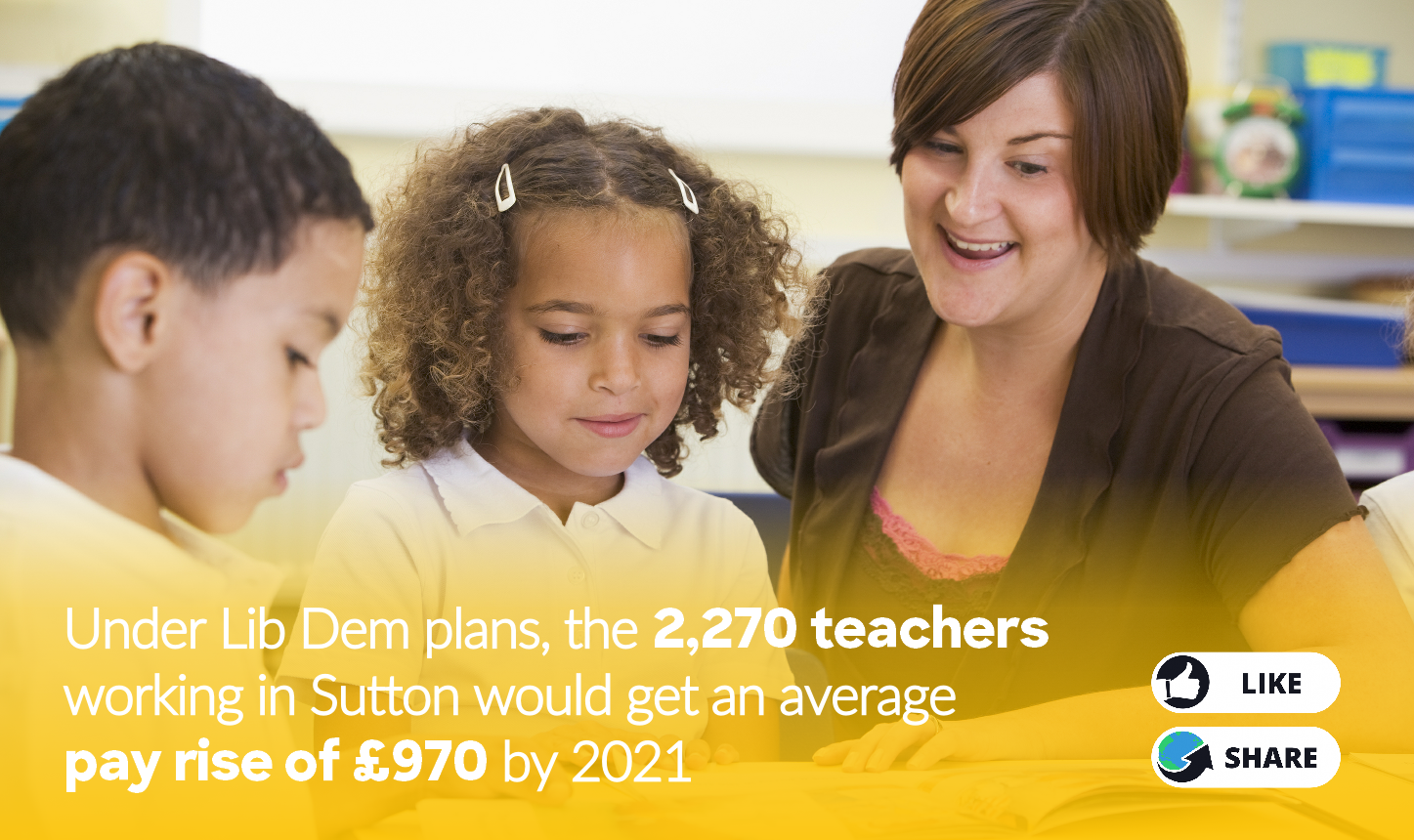 “At the hands of a Conservative Government, the public sector workers in Sutton will face years of unsatisfactory and pitiful pay increases combined with soaring inflation.

“Our local schools and NHS are already struggling with staff shortages. Living standards are falling, prices are rising and nurses are going to food banks. While the Conservatives may not care, we do.”

Under Liberal Democrat plans, the 2,270 teachers working in Sutton would get an average pay rise of £970 by 2021. Lib Dems will raise funding for nurses by £14million, helping to tackle critical shortages and potential strikes over pay this summer. Sutton Police will also see their pay boosted.

In contrast, the Conservative’s public sector pay cap combined with rising inflation since the Brexit vote will mean that by 2021, the average nurse will be nearly £4000 worse off. The Royal College of Nursing has revealed 9 out of 10 nursing leaders say they are worried about their ability to recruit nurses and that there are an estimated 40,000 nursing vacancies in the NHS.