The Liberal Democrats stormed to victory across the country last night with their best set of local election results ever. 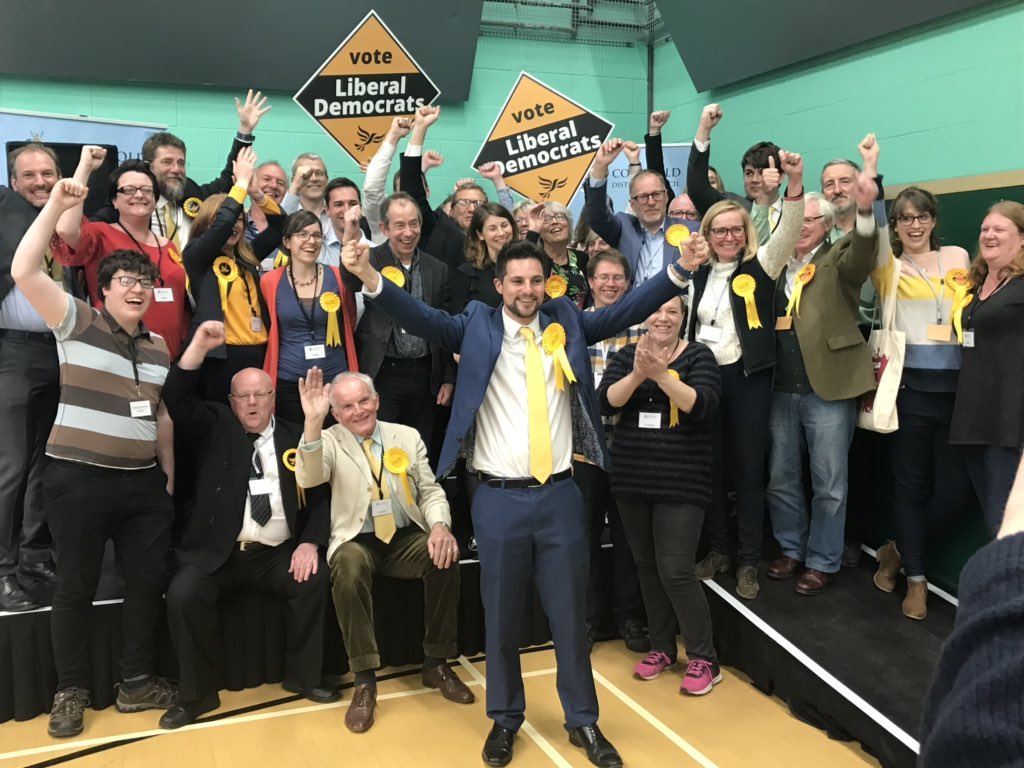 "The Lib Dems are the success story of these elections. We’ve gained over 500 seats so far, taken control of 9 councils and held onto two more.

"Voters have sent a clear message that they no longer have confidence in the Conservatives, but they are also refusing to reward Labour whilst it prevaricates on the big issue of the day: Brexit.

"Our army of 100,000 members and 250,000 supporters are a campaigning force to be reckoned with in Remain and Leave areas alike.

"Today’s Lib Dem surge is a springboard for the European elections, where we are clearly the strongest Remain force on the ballot paper. Every Liberal Democrat vote on May 23rd will be a vote to stop Brexit."