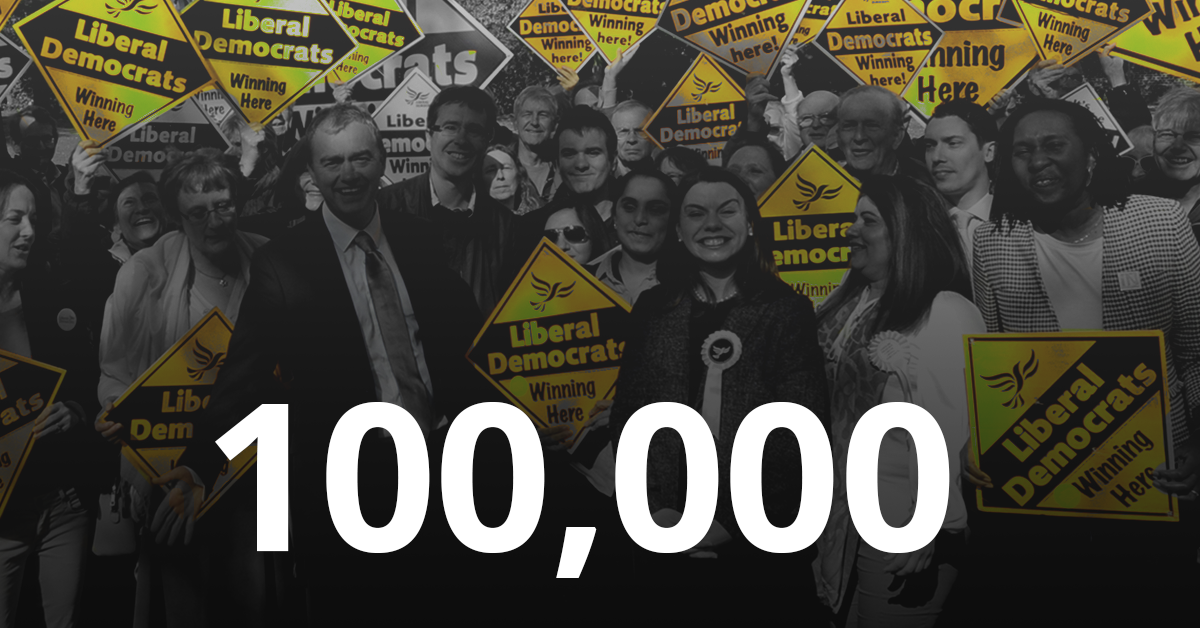 The Liberal Democrat membership surge is about to take the party to a landmark 100,000 members – thanks to a staggering 12,500 joining since Theresa May announced the snap General Election last Tuesday.

Reaching six figures makes the party bigger than it has been since the mid-1990s and puts it on course to reach its highest membership ever within days. The biggest the party has been since its formation is 101,768 in 1994.

It means that more than 50,000 members have joined since last year’s European referendum and more than 67,500 since the 2015 General Election.

“Thousands of people are joining the Liberal Democrats every day because they want to change Britain’s future.

“People want a strong opposition to Theresa May’s Hard Brexit agenda and the Liberal Democrats are the only party challenging them up and down the country. Jeremy Corbyn’s Labour has completely failed, offering no opposition whatsoever and giving Theresa May a blank cheque to pursue a Hard Brexit.

The landmark figure is just the latest sign of the party’s gathering momentum: