At the end of last month, Tom Brake MP, along with local Lib Dem Councillor Amy Haldane, met with a representative from Bellway Homes on the Old Queen Mary’s Children’s Hospital site in Carshalton Beeches to discuss Bellway’s housing development. 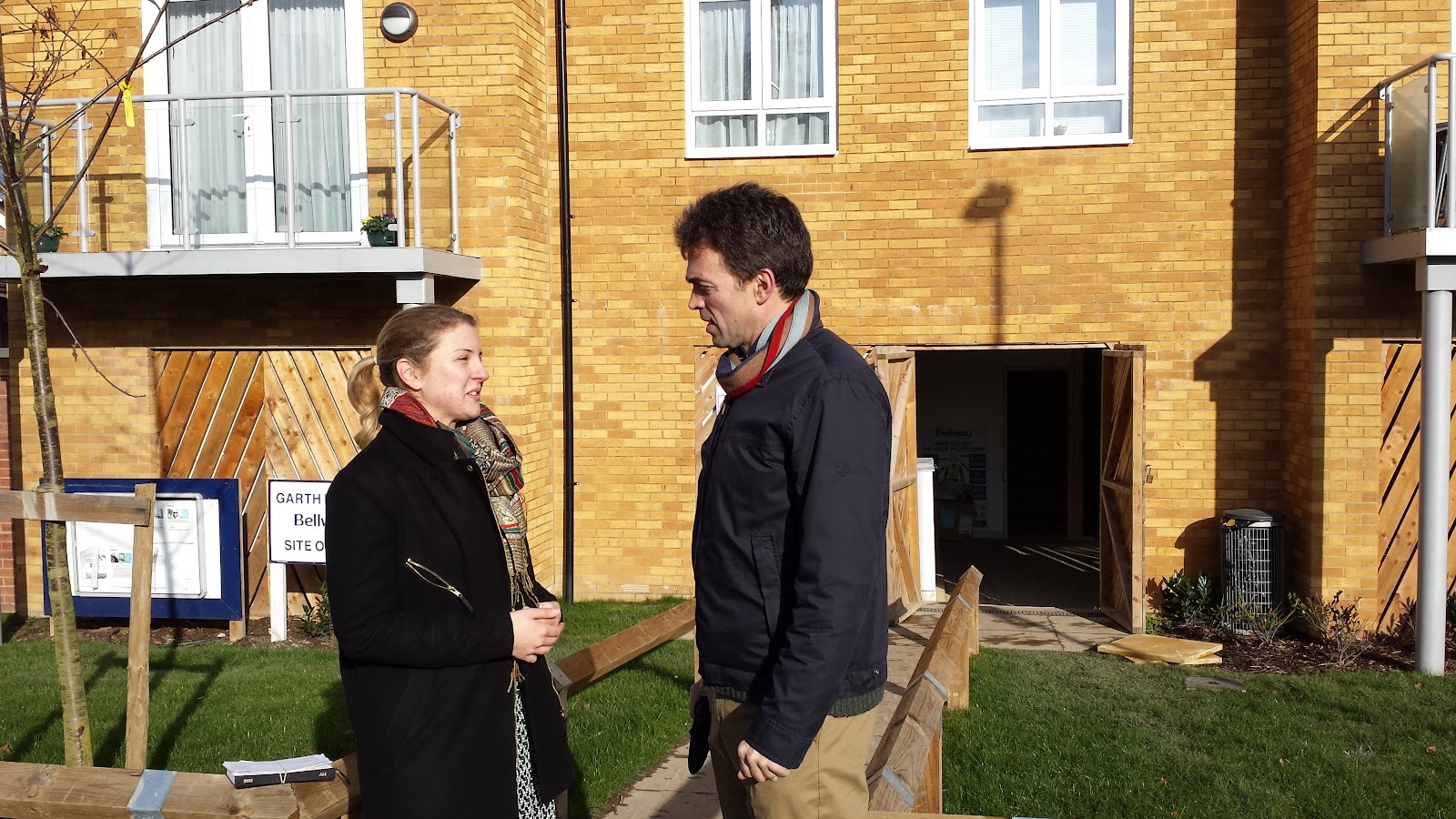 Above: Cllr Amy Haldane (Left) and MP Tom Brake (Right) outside the building which will be let as a shop.

The meeting was prompted following a complaint from residents about damage caused by Bellway contractors to a part of the estate already developed by another house builder and a lack of response from Bellway to their complaints.

After a frank exchange with Bellway’s representative, Tom said, “I am pleased that Bellway have given an undertaking to repair some of the kerbing.  Residents opposite the new estate suffered significant disruption and some damage to the infrastructure while Bellway were on site.  It was right that this was repaired.

Whilst meeting with Bellway, Bellway also confirmed that they will be letting out a unit for a shop.  This is located opposite Stanley Park High School.

Amy added, “This is a facility which, when we carried out a local survey, most people said they wanted and was in the original plans for the development.   It looks as though it will be opening its doors soon.

Amy picked up another local issue which she will be tackling - 4*4 drivers who are driving on a grass verge to avoid the gate which stops through traffic close to the school.