Mass lobby in Parliament in support of EU citizens 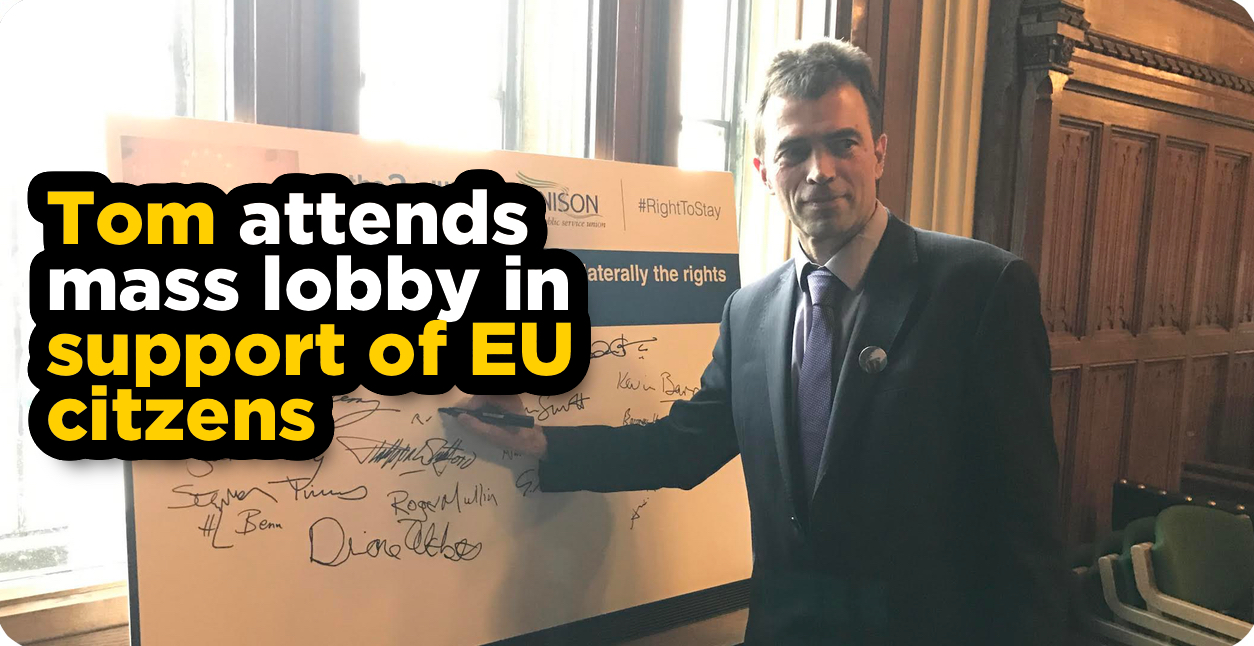 Tom Brake, MP for Carshalton and Wallington reaffirmed his support, on Monday, 20 February, for Theresa May to unilaterally guarantee the acquired rights of EU citizens in the UK by speaking during a mass lobby event in Parliament and signing a mass petition.

The cross-party event, attended by hundreds of people, was organised by the 3million, New Europeans and UNISON with the aim to lobby MPs for support for the Government to guarantee unilaterally the rights of EU citizens living in the UK. During the event, Tom was joined by the 3million co-chair Anne-Laure Donskoy, New Europeans founder Roger Casale and others MPs such as Labour’s shadow Brexit secretary Keir Starmer and Labour Andy McDonald MP as well as SNP Joanna Cherry.

During his speech Tom, who grew up in France, mentioned his unique upbringing as a major reason he feels so passionately about our ties with Europe.

You can sign the Liberal Democrats petition here: http://www.libdems.org.uk/eu_citizens_must_have_right_to_stay_in_britain_lib_dems. You can also find out more information about the 3million here@: