Tom Brake MP joined campaigners in Westminster calling for the unfair and retrospective Loan Charge 2019 to be scrapped. 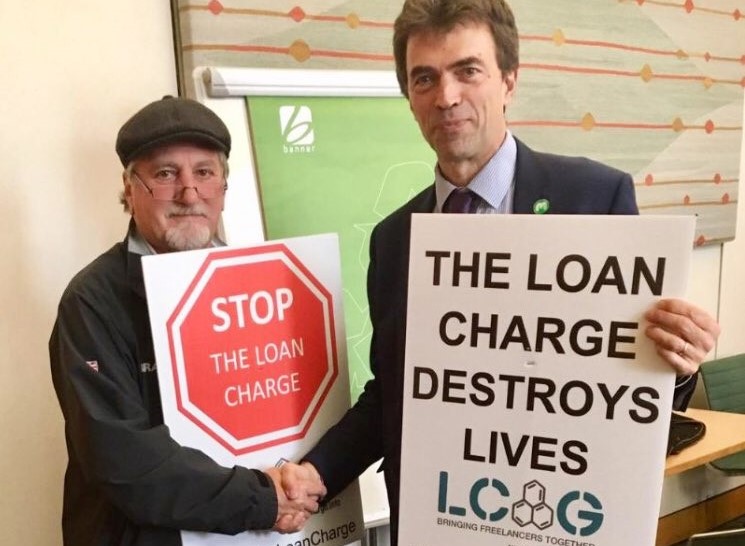 Tom was one of the MPs who met with hundreds of campaigners from the Loan Charge Action Group (LCAG) who travelled to Westminster to take part in the #STOPtheLoanCharge! lobby day to get the message across that the Loan Charge 2019 is unfair and will have disastrous consequences unless it is scrapped.

Thousands of social workers, teachers, doctors and nurses, as well as IT contractors face bankruptcy, anxiety and stress due to the Loan Charge, which breaks normal legal convention and allows HMRC to deliver life-destroying tax bills people cannot pay and cannot fairly appeal.

Many victims of the Loan Charge will be unable to work again, whilst also being forced onto state benefits, others have said they will have no choice but to emigrate to avoid the devastating impact of the Loan Charge.

"The Treasury and HMRC have failed the British people yet again. Due to a lack of foresight, the Government has neglected workers, by not predicting the impact of the Loan Charge or completing adequate impact assessments.

“Our teachers and doctors contribute to the prosperity of our society and it is a disgrace that they should even have to consider emigration to stay afloat.”

“We are hugely grateful to Tom Brake for meeting with Loan Charge campaigners and supporting the #STOPtheLoanCharge campaign to scrap this dreadful policy. The Loan Charge is unfair, ill-considered and will destroy lives.

“In the last few months, we are delighted that nearly one hundred MPs have backed our campaign to scrap this unfair retrospective tax grab that is making people seriously ill and harming the UK economy.

"We urgently need a pause and a rethink and then for Ministers to do the decent and obvious thing and make the Loan Charge apply only going forward, not retrospectively, which is fair, avoids destroying lives and damaging the economy and gives certainty to everyone involved”.

LCAG represent victims of the Loan Charge and the #STOPtheLoanCharge! lobby day was also supported by the Independent Health Professionals’ Association (IHPA). For additional information on LCAG or the IHPA visit: https://www.hmrcloancharge.info/