National Sikh War Memorial to be erected in Central London

A National Sikh War Memorial, honouring the sacrifices and the contributions of Sikh soldiers during World War One is to be erected in Central London. 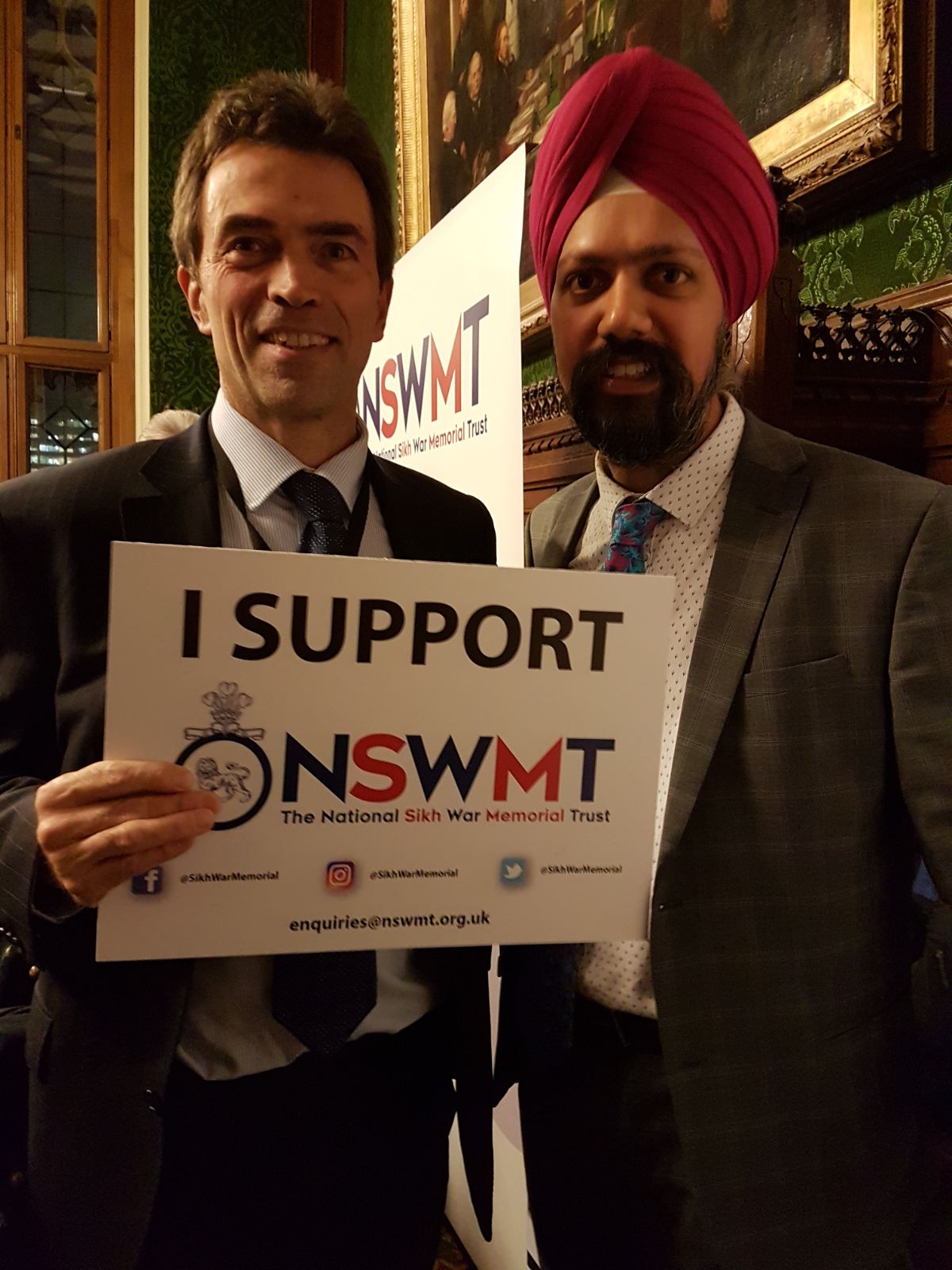 Tom Brake MP attended the parliamentary launch of the campaign for a National Sikh War Memorial where Communities Secretary, Sadiq Javid, finally confirmed the government’s support for this memorial.

Back in 2015, Tom Brake MP tabled a motion in Parliament calling for a permanent monument to recognise and commemorate the sacrifices of Sikh soldiers during World War One to be erected in Central London.  Sikhs formed 20% of the British Indian Army and 130,000 Sikh soldiers saw active service from the Somme to Gallipoli.

A recent motion from December 2017, tabled by Labour MP Tan Dhesi, also pressed for a permanent monument in Central London for the Sikh soldiers. Tom added his name to the motion which got support from 266 MPs and received the backing of London Mayor Sadiq Khan.

The Government is working with the National Sikh War Memorial campaign and helping to set up a Working Group and find a suitable location. Once an appropriate site has been identified and a memorial agreed on, the Government has agreed to provide funding towards the project.

"I enjoyed attending the National Sikh War Memorial launch and was delighted to see the government give its backing to a memorial.

"This will create visible gratitude in a prime location, honouring the Sikh soldiers of the British Army in WW1.

"I am pleased that 3 years after I first tabled a motion on the issue and thanks to Tan’s efforts we should finally be able to recognise and commemorate the incredible sacrifices of Sikh soldiers during WW1.”

The recent EDM tabled by Tan Dhesi MP can be found here.