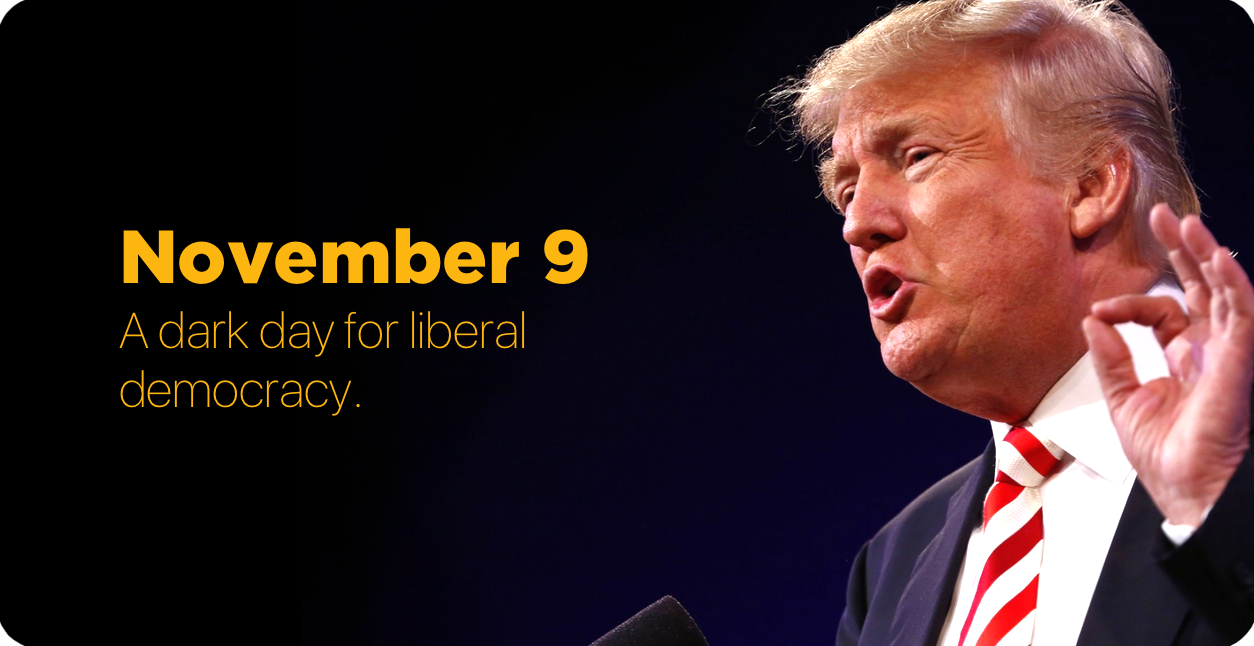 Waking up on the 9th November was a dark day for liberal democracy. The candidate who had on countless times made racist, xenophobic and anti-semitic comments on the campaign trail, mocked disabled reporters, divided communities and preached a misogyny on an unprecedented level had won the election.

Our world was in a much more unstable place, yet so many people tried to put on a brave face and say that when the Donald would reach the Oval Office, common sense, channeled from those around him would prevail and the worries all had on the 9th November would not be realised. One week into his presidency and the results couldn’t be further from this increasingly desperate prediction.

Trump’s blanket ban on immigration from nationals of certain predominantly Muslim nations isn’t just illogical or unconstitutional, it smacks of racism. With every brash executive order, in a pen stroke, this new President is breaking down the pillars of what held the United States up as a liberal democracy. Trump has no care for this form of politics, and it is pitiful of Theresa May to fly over at the earliest moment, clutching a delusional dream of a strong trade deal for the UK, to stand next to this man and congratulate him on his stunning victory.

If the special relationship which the Government loves to champion really is so special, then the Prime Minister should use her so-called influence to look President Trump straight in the eye and condemn him for actions which amount to orders from a demagogic leader of a nation trying to isolate itself from the international community.

Alas however we see no such statement. While she cosies up to Erdogan and strikes arms deals, May instead chooses to keep quiet, like a timid mouse which so exemplifies the role her Government has let the UK play on the international stage. For the sake of our nation she must change this stance.

If she fails to, then it will be up to others to take a stance and say that we will not stand idly by and let this ban stay in place. No one should be banned from travelling to see their friends and family based on their religion, especially the thousands of UK dual nationals, who have faced such an uncertain weekend following this ban. For the sake of international values and human rights, President Trump should back down on this callous and cruel decision and Prime Minister May should stop rolling out the red carpet for such dangerous world leaders and start speaking the truth and condemn their actions for what they really are.