Around 100 Wallington and Carshalton residents joined Tom Brake MP, local Councillors and local support group, Refugee and Migrant Network Sutton, on Saturday morning at 11am outside Wallington’s Old Town Hall to press the UK Government to provide sanctuary to more people escaping conflicts in Syria, Iraq and other countries.

Commenting during the rally Tom said:

“It was essential to show local support for Government action.  I am proud that so many local residents turned out to support the #refugeeswelcome campaign.”

During the rally, Tom Brake also outlined the action the UK government needed to take to support local communities receiving refugees to ensure housing, schools and the NHS were not put under undue pressure.

Other speakers at the rally included Syrian and Kurdish refugees.

Tom put in an urgent request to the Speaker for a debate on this subject last week.  The Prime Minister has since announced that he will make a statement in Parliament today.

Refugee and Migrant Network Sutton will be meeting shortly to discuss what local action can be taken to help tackle the refugee crisis.   To find out more information about RMNS go to http://www.rmns.org.uk/

A number of national charities are collecting funds for refugees, including Save the Children; http://www.savethechildren.org.uk/about-us/emergencies/child-refugee-crisis-appeal?utm_campaign=refugee&utm_medium=ppc&utm_source=refugeecrisisappealppc&sissr=1 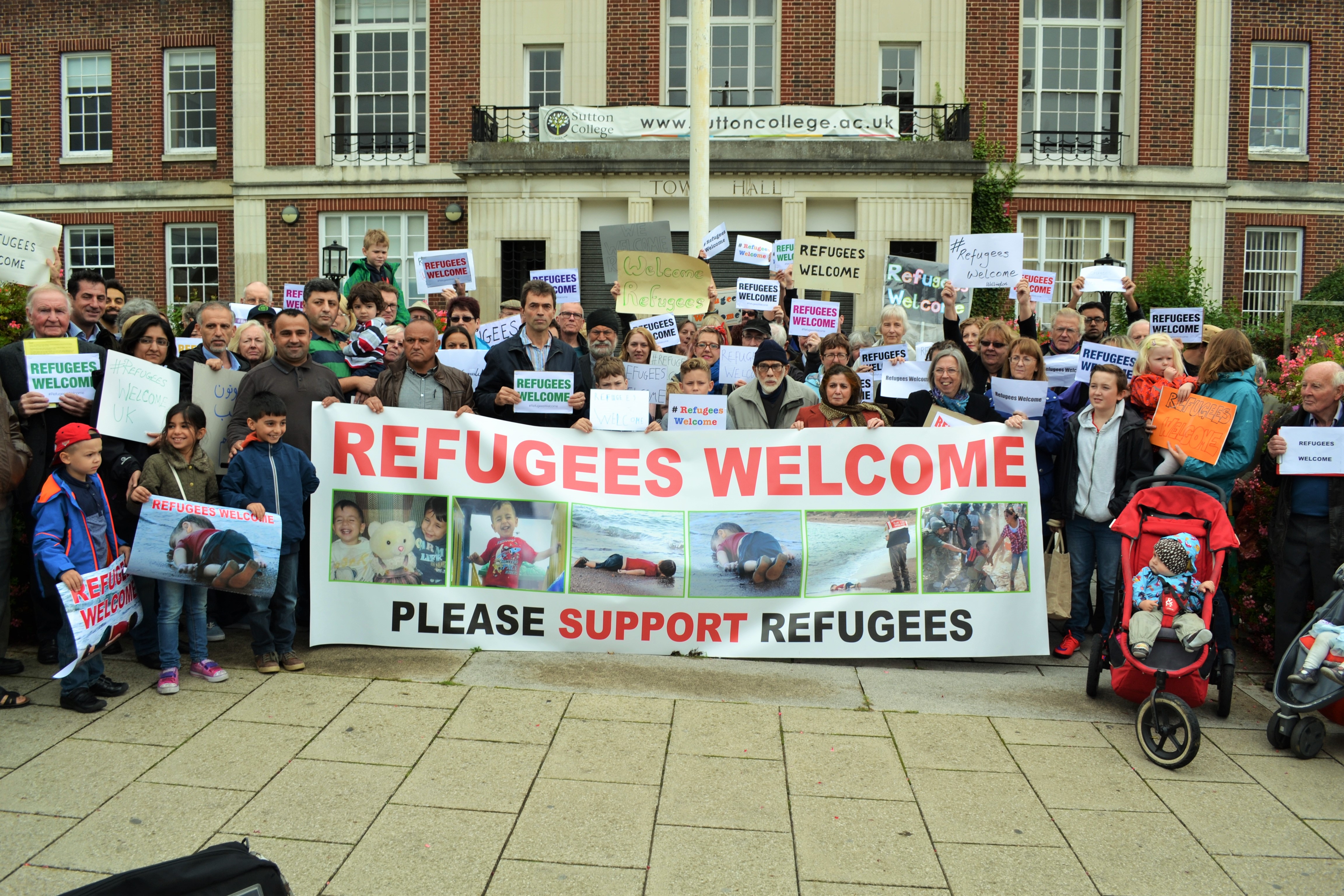