Tom Brake joined students at Sutton Grammar School, as a guest on the BBC school news programme to discuss the work of the Liberal Democrats in government and his preparations in the run up to General Election on the 7th May. 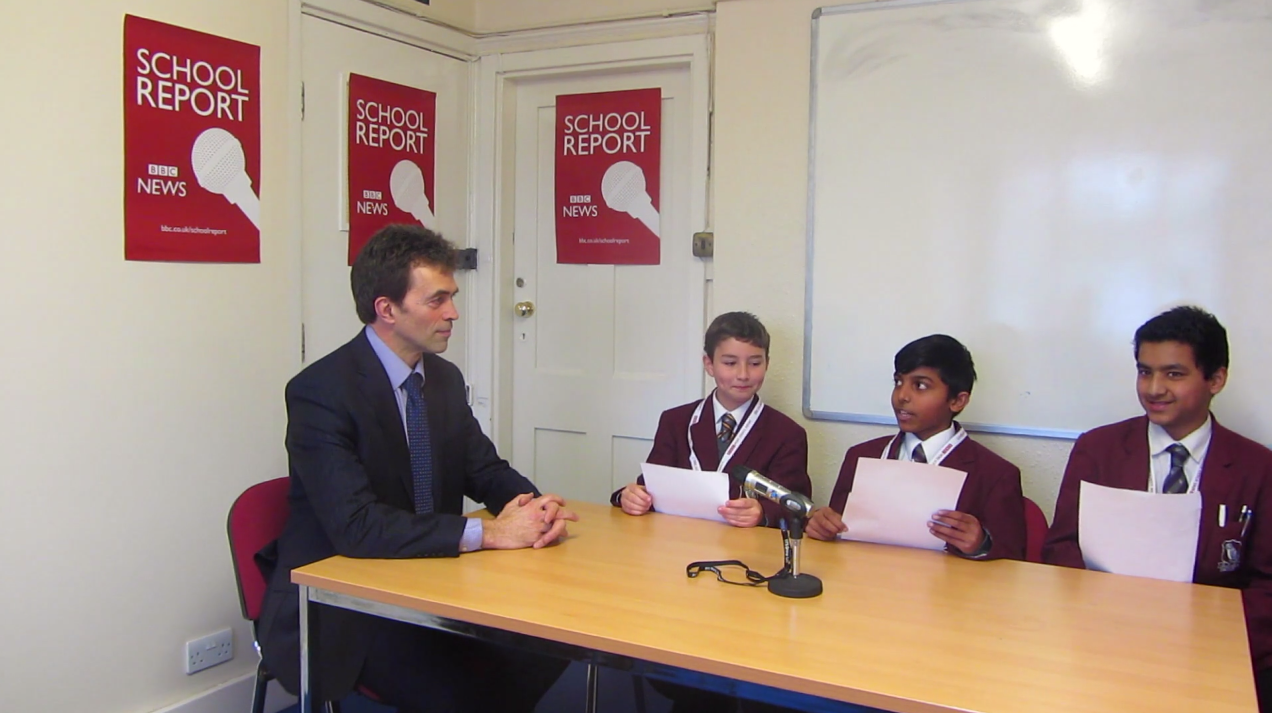 The interview, which was conducted by three students from the school (Nidhushkar, Peter and Anoopp), Tom is confident that he will see a large number of his colleagues returned in May. However, he stated that he is far from complacent and acknowledged that he still has a tough campaign ahead of him.

Tom, when asked what he had learned most from his time as a Minister, answered that he discovered just how difficult it is to balance the budget. He said that the Liberal Democrats in government had worked tirelessly to find the middle ground between supporting public services and welfare for those most in need and the urgent priority of tackling the deficit.

Looking forward to the election in May, Tom emphasised the need to have the Liberal Democrats in Government, so that the Government is both responsible with the economy and also compassionate to those who are most in need of government support.

When asked to comment on his position on St Helier Tom said: