Thank you for your interest in the cuts to schools' budgets. I agree that it is a serious concern, and am providing the following update, which I hope you will find informative:

Using the DfE’s figures, 98% of schools face a real terms reduction in funding for every pupil, with an average loss for each primary pupil of £339, and £477 for every secondary pupil. According to the National Audit Office, schools will face a real terms drop of £3 billion by 2020. I understand that this threatens the successful implementation of a new National Funding Formula (NFF).  A new NFF can address disparities in funding between schools facing similar challenges, but only if the total budget is sufficient to ensure fairness for all children. 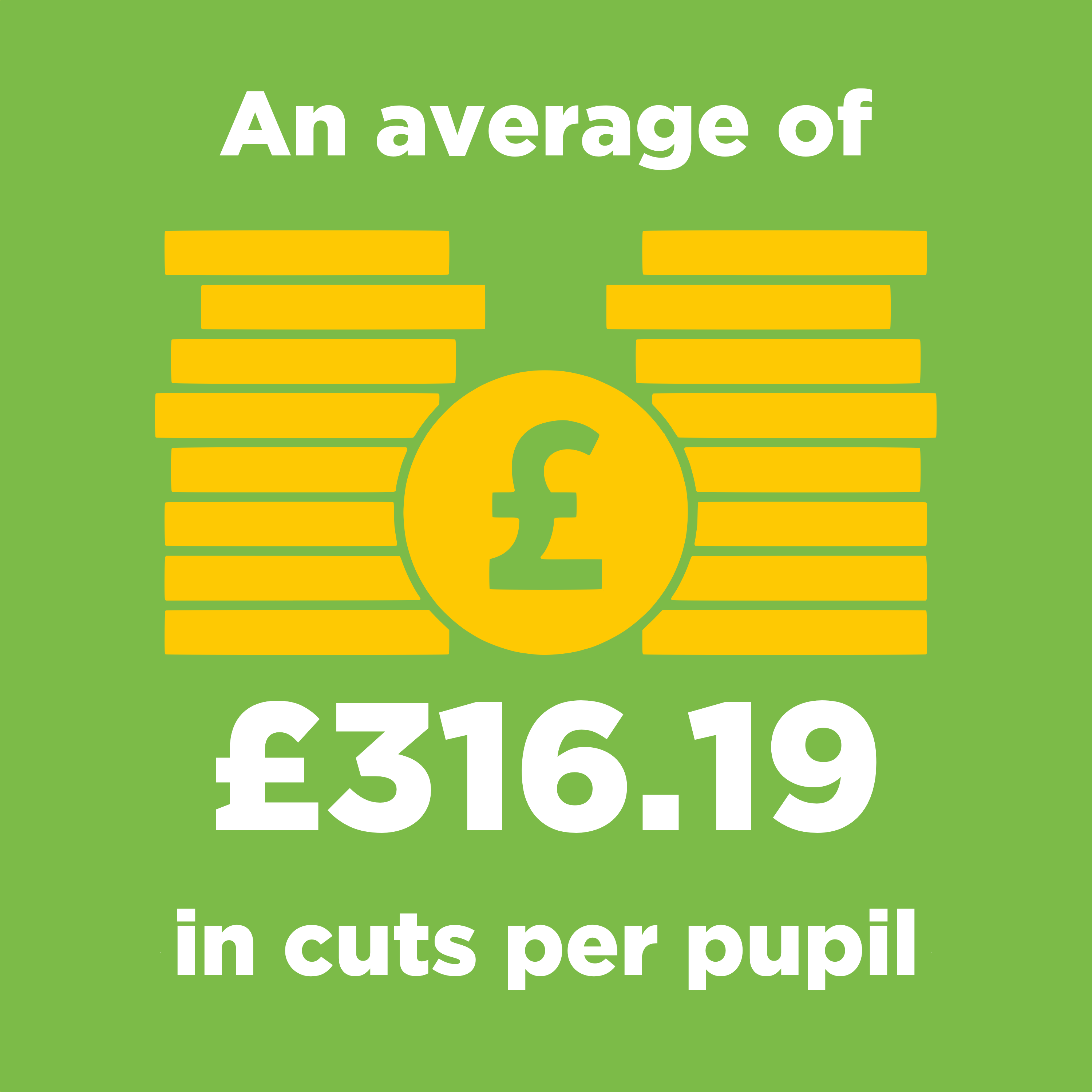 This will have a catastrophic impact on schools that are already struggling with numerous financial  challenges including, but not limited to: rising salary costs, cuts to educational funding grants, increased school provision to replace former external multi-disciplinary support, teacher training reorganisation, recruitment and retention issues with agency charges, post 16 funding reductions, the Apprenticeship Levy and the cost of London living wage.

The Conservative 2015 manifesto stated ‘Under a future Conservative Government, the amount of money following your child into school will be protected’.  However, the maintenance of per pupil funding in cash terms has not been realised in 16 out of 31 schools in my constituency.

I understand that other issues affecting Sutton’s schools are:

The Government plan to allocate £60m of new funding to deliver the expansion of grammar schools, in each year from 2017-18 is the wrong priority at a time when a £600 million reduction is proposed to local authorities’ Education Services Grants and there are reports that a majority of schools will go into deficit in the next 4 years. While we have successful grammar schools in our area, which I of course welcome, at the present time, we need to ensure attainment for all children, with support targeted at those who most need it.

I have written on several occasions to  Justine Greening, Education Secretary, with my concerns and the concerns of local head 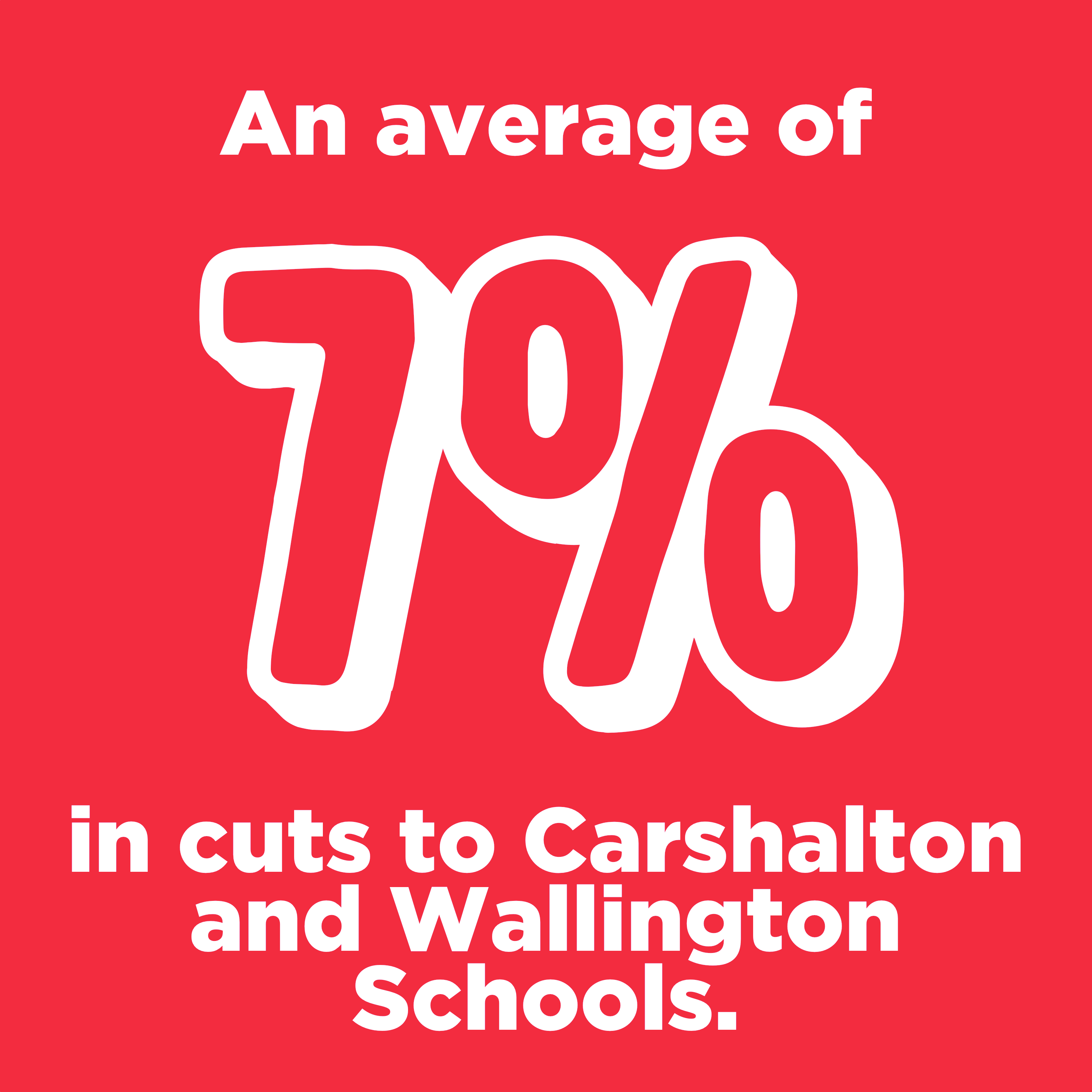 Mr Gibb, School Standards Minister, has responded to my first letter to the Department for Education and a copy of his letter is attached. Whilst it is clear that there will be additional funding for schools, it is unclear whether this will balance out the increased costs schools are facing and other cuts.  Based on the fact that Mr Gibbs provides information about schools saving money, it is unlikely.

Separately Mr Gibb has stated that the DfE has provided LBS with an additional £400,000 of funding for high needs in 2016-17and will be providing a further £700,000 in 2017-18. Sutton Council has confirmed that these amounts do not mitigate cuts in the ESG because they are for pupils with Special Education Needs. The Council has confirmed to me that, whilst the additional funding is welcome, it is hard to see how a good case can be made that the funding is adequate, especially as 29 schools in the borough are set to lose out and all schools are likely to see a real terms reduction by varying degrees in their funding.

Clearly, with 70% of most schools budgets being spent on staff, it seems unavoidable that this will have an impact on staffing and potentially standards in the future.

I am meeting with Mr Gibb later this month along with several head teachers to discuss the concerns further.

Whilst I understand the difficult financial position the Council is in, also as a result of Conservative Government
funding cuts, I have also written to the Council asking them to consider alternative means of saving money, instead of the base cut of 0.5% for local schools.

I will keep you informed. In the meantime you can sign the School Cuts website petition www.schoolcuts.org.uk.