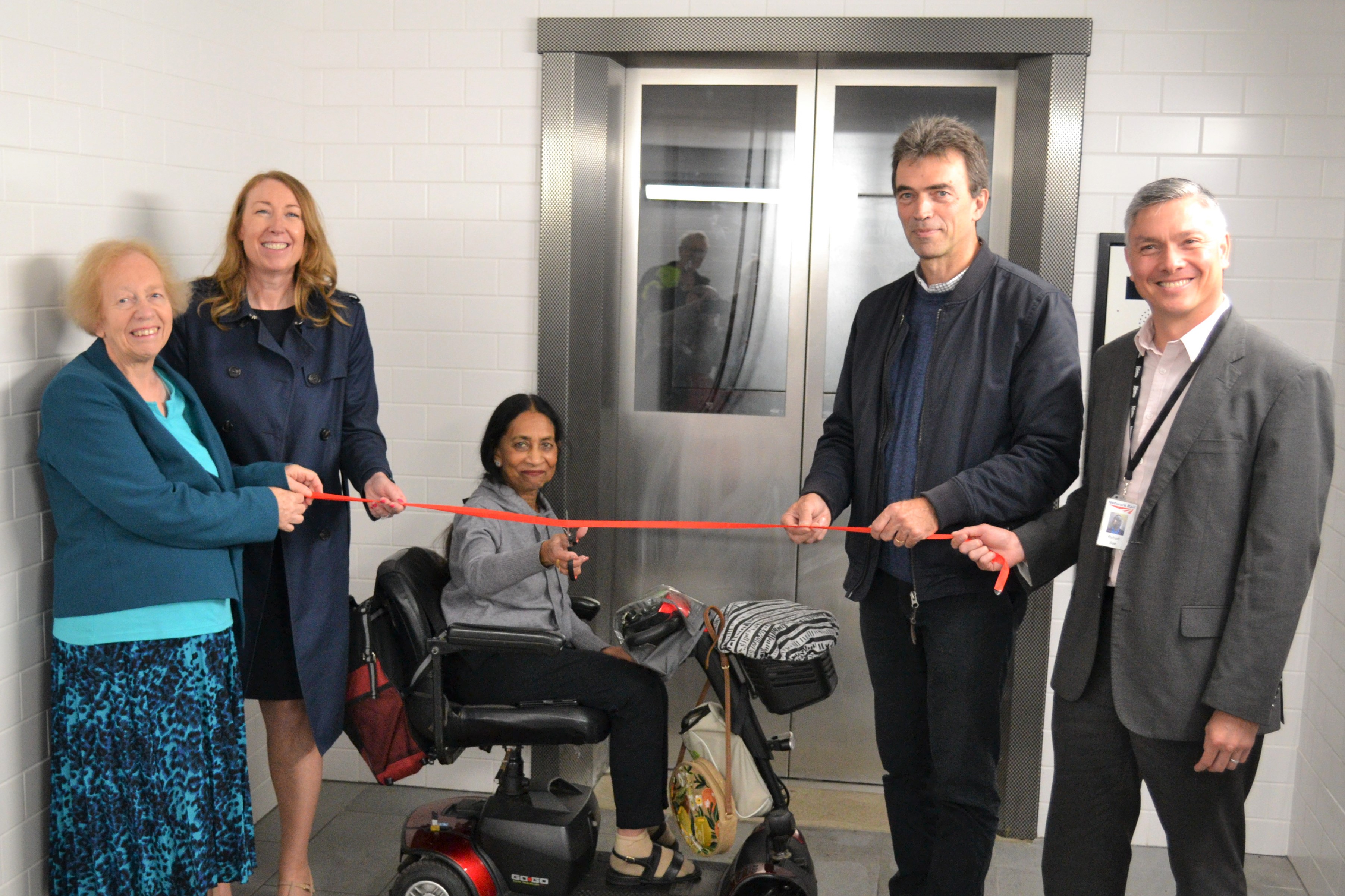 On Friday, Tom Brake was on hand to open officially the new lifts at Carshalton Station. The lifts have been built as part of the Government’s Access for All scheme and are the result of many years of campaigning which included a petition which secured hundreds of signatures and hard work by local residents, Councillors and Tom.

The two new lifts provide step-free access to both platforms at the station for the first time.

"I started the campaign, alongside local Councillors, as far back as 2014. We are thrilled with the final result. Carshalton Station is now accessible to all residents, including those who have mobility issues, pushchairs, heavy luggage or are cyclists.

"I am so pleased that these improvements have finally been delivered. Local residents must take full advantage of the new step-free access at Carshalton Station!

"Whilst we have won the battle at Carshalton Station, accessibility at Carshalton Beeches Station is still poor and I will work with local residents and Councillors to make this station fully accessible too."