Sutton residents urged to take on the Big Six 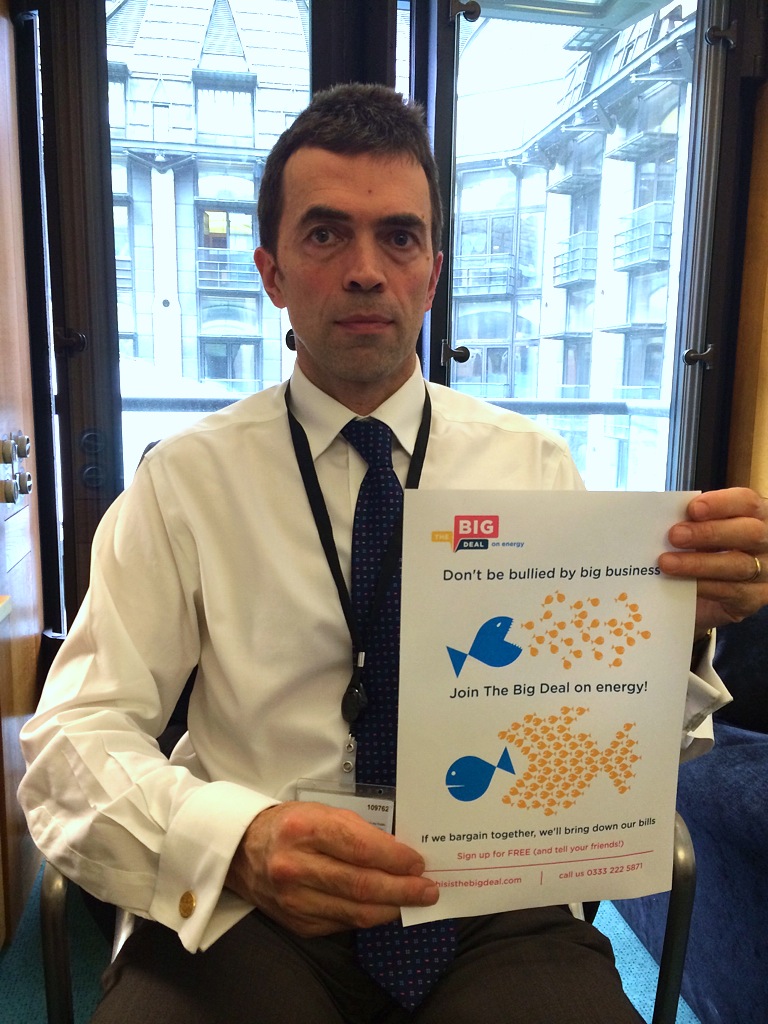 Carshalton and Wallington MP, Tom Brake urged local residents to sign up to the ThisIsTheBigDeal.com campaign to beat the Big Six energy companies and save hundreds of pounds on their energy bills.

Mr. Brake has himself signed up to the deal because the more people that get involved the more money that can be saved for everyone.

ThisIsTheBigDeal.com is a national campaign for cheaper energy. It brings people together to harness their collective buying power and deliver lower bills.

ThisIsTheBigDeal.com has already received support from senior figures in every major party. Almost ten thousand people have already signed up in just a couple of weeks.

Similar schemes across the world have led to savings of 16.5%. In Britain the equivalent would be about £200 per person.

Mr. Brake said: “From speaking to local residents, one worry that is constant is rising energy bills.”

“That is why I signed up to ThisIsTheBigDeal.com, and I urge others to do the same. It’s all about people power – more people means lower bills. Together, we can beat the Big Six and save hundreds of pounds.”

“We are delighted that Tom Brake MP has chosen to support our campaign for cheaper energy. Energy bills have become completely unaffordable. By joining together we can take on the Big Six and demand cheaper bills. Sign up is free, there’s no obligation, and it takes less than sixty seconds.”

Sutton residents can sign up online in less than a minute at www.thisisthebigdeal.com, or by calling 0333 222 5871 anytime on standard rates. There is no obligation to switch.

Since 2005 the average annual dual fuel (gas and electricity) bill from the Big Six has more than doubled from under £600 to over £1,200 (Consumer Futures, Jan 2014), with profits for energy providers soaring. Between 2009 and 2012 the Big Six's profits from supplying households more than quadrupled, rising by £1bn (Ofgem, Nov 2013).

ThisIsTheBigDeal.com will be particularly attractive for those who never switch their energy supplier. A 2012 study found that those who don’t switch regularly pay up to £330 a year more for the same amount of energy.

Recent polling conducted by Populus on behalf of ThisIsTheBigDeal.com revealed massive disillusionment with the energy industry. Half have had to cut spending elsewhere because of energy bills, four out of five think energy market is 'broken' and three quarters think energy companies act like a 'cartel'.