Thameslink Railway complaints rocket - up by 347.1% 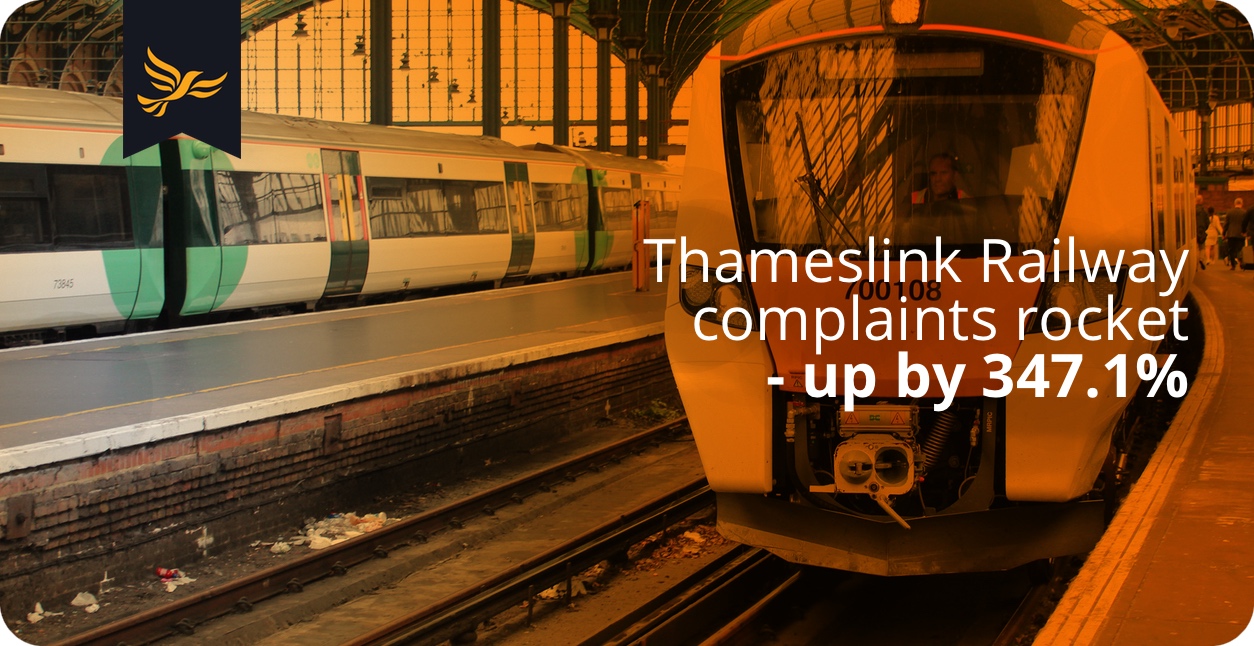 Statistics, released today, by the Office for Road and Rail show that Govia Thameslink Railway (GTR) complaints increasing by 347.1% compared to a year ago.

The Lib Dems have blasted operators and said ‘this would damn a developing country’.

GTR accounted for 19% of all complaints made nationally in Q3.  Other London and South East TOCs with big increases included South West Trains with a 71.5% increase compared to Q3 last year, Southeastern by 33.3% and Greater Anglia by 18.3%.

Trains within the London and South East sector recorded the lowest Q3 level of punctuality since 2003.

“The service delivered by some operators is something that would damn a developing country.

“In any other job, in any other industry, the bosses who have presided over months and months of misery would be held to account yet these bosses aren’t.

“Local residents who use services like Thameslink will be familiar with the constant overcrowding, broken trains and delays which plague the service.

“The government should take responsibility and should have stepped in many months ago to stop this chaos.”