Theresa May intends to bring back fox hunting

Commenting on the news that Theresa May supports fox hunting and intends to give Conservative MPs a free vote on whether to bring back fox hunting, Tom Brake said:

“It is frankly astonishing that when an overwhelming majority of the country supports upholding the ban, the Tories still intend to push this through. 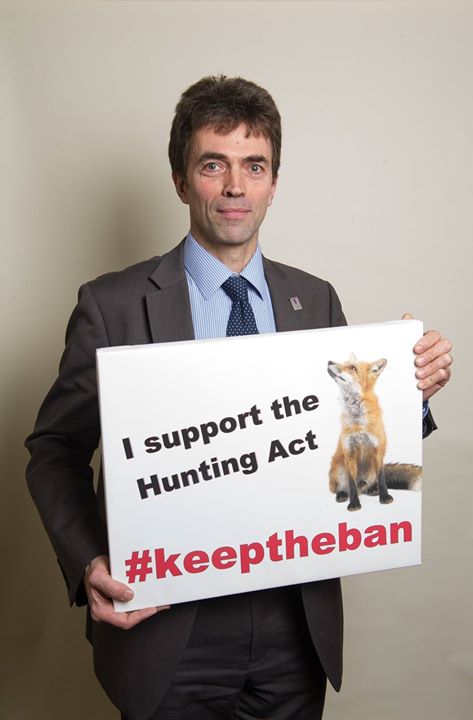 In 2015, I conducted a poll of residents in Carshalton and Wallington and found that 82% of residents supported the ban.

Fox hunting leads to around 25,000 to 30,000 fox deaths a year. Not only are these animals killed for fun, but quite often their deaths are long and painful. I have consistently voted against fox hunting, and if elected will continue to do so.

Without an opposition I am afraid that we will see more of these nasty policies. On June 8th, let's not give the Tories a blank cheque!”

Her comments were followed after the Daily Mirror reported that it had seen a leaked email from a Conservative peer, Chairman of the Council of Hunting Associations, in which he wrote that a large Conservative majority on June 8th could result in changes.

According to the newspaper, Lord Mancroft wrote: "A majority of 50 or more would give us a real opportunity for repeal of the Hunting Act.”