Last week, Tom Brake MP took part in The Great Gathering for Voting Reform event at the Old Palace Yard in the Houses of Parliament.

Tom, who has been a champion for voting reform throughout his parliamentary career, addressed the audience on how the UK’s current electoral system creates hugely disproportionate outcomes in election results.

The recent General Election has since been shown to be the most disproportionate in UK history, with around three quarters of the electorates votes, 22 million, not counting towards the election of their MP.

The campaign to introduce a more proportional system of voting has gained large amounts of public support, and a broad coalition of political parties, including the Liberal Democrats, Green Party, UKIP, Plaid Cymru, and the SNP.

Organisations including Unlock Democracy and the Electoral Reform Society have worked hard to secure over half-a-million signatures to petitions calling for voting reform.

Tom said at the event:

“I believe that Britain’s electoral system should deliver maximum power to the voter, no more wasted votes, and a representative body that proportionately reflects the opinions of the electorate. It is fantastic to join the Great Gathering for Voter Reform and campaign on such an important issue.” 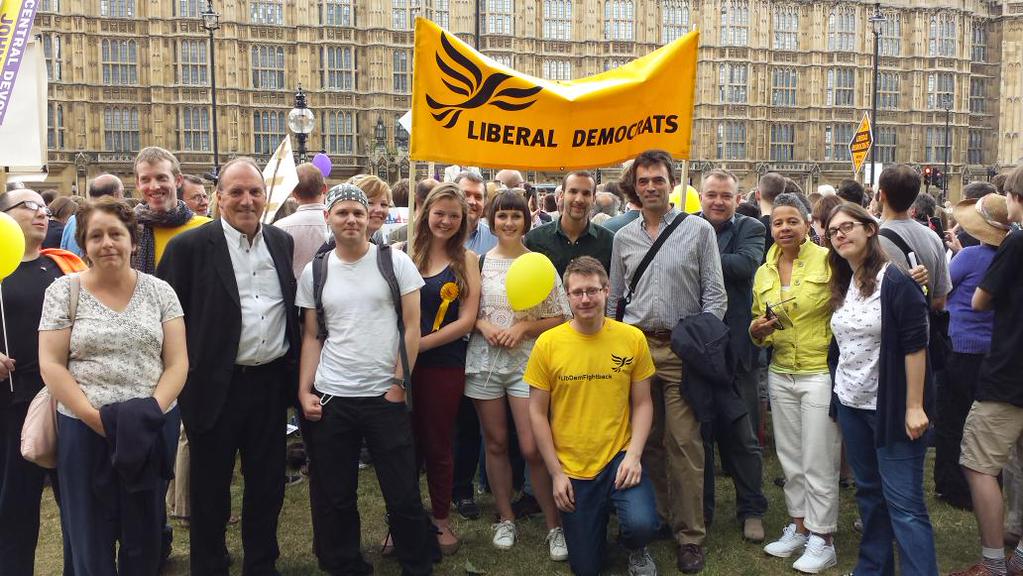