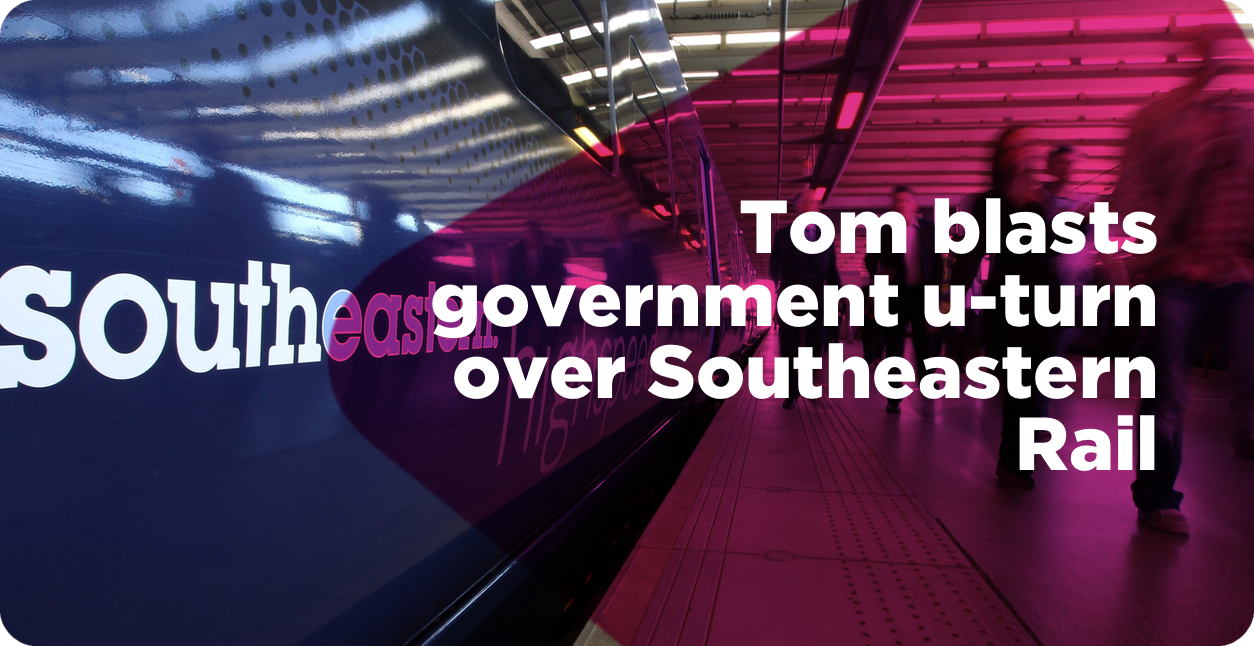 Tom Brake, MP for Carshalton and Wallington and Councillor Jill Whitehead, lead transport member on Sutton Council have condemned the Government’s decision that Transport for London will not be taking over Southeastern services from 2018, despite a previous government prospectus indicating that would be the case.

The prospectus, signed earlier this year by the government and the previous Mayor of London, indicated that control of suburban trains - Southern, South West Trains and Southeastern - would be transferred to TfL. These plans now appear to have been abandoned, despite significant cross party support from MPs.

Reacting to this u-turn from the Government, Tom Brake said:

“London’s commuters have been suffering from appalling rail services for far too long. The crisis of repeated delays and cancellations have cost Londoners unnecessary stress, time, money and sometimes even their jobs.

A clear solution is available, yet Chris Grayling has ignored calls from MPs from all parties, councils, businesses and the Mayor of London. The Government claims to be the party of the working people, but has yet again prioritised party politics instead of helping ordinary workers. We will not stand for it. ”

"Sutton needs to have a rail service that is fast, regular and reliable for all - that's why we wanted TFL to take over the poor Southern rail services in London. We are really disappointed that the Transport Minister decided not to go ahead with transferring Southeastern rail to TFL - we hope he will change his mind sooner rather than later”.

Tom has written to Chris Grayling, Secretary of State for Transport, urging him to reconsider the Government’s position.