Local MP Tom Brake recently met with frontline nurses in Parliament to hear why nursing staff back a People’s Vote on the Brexit deal. 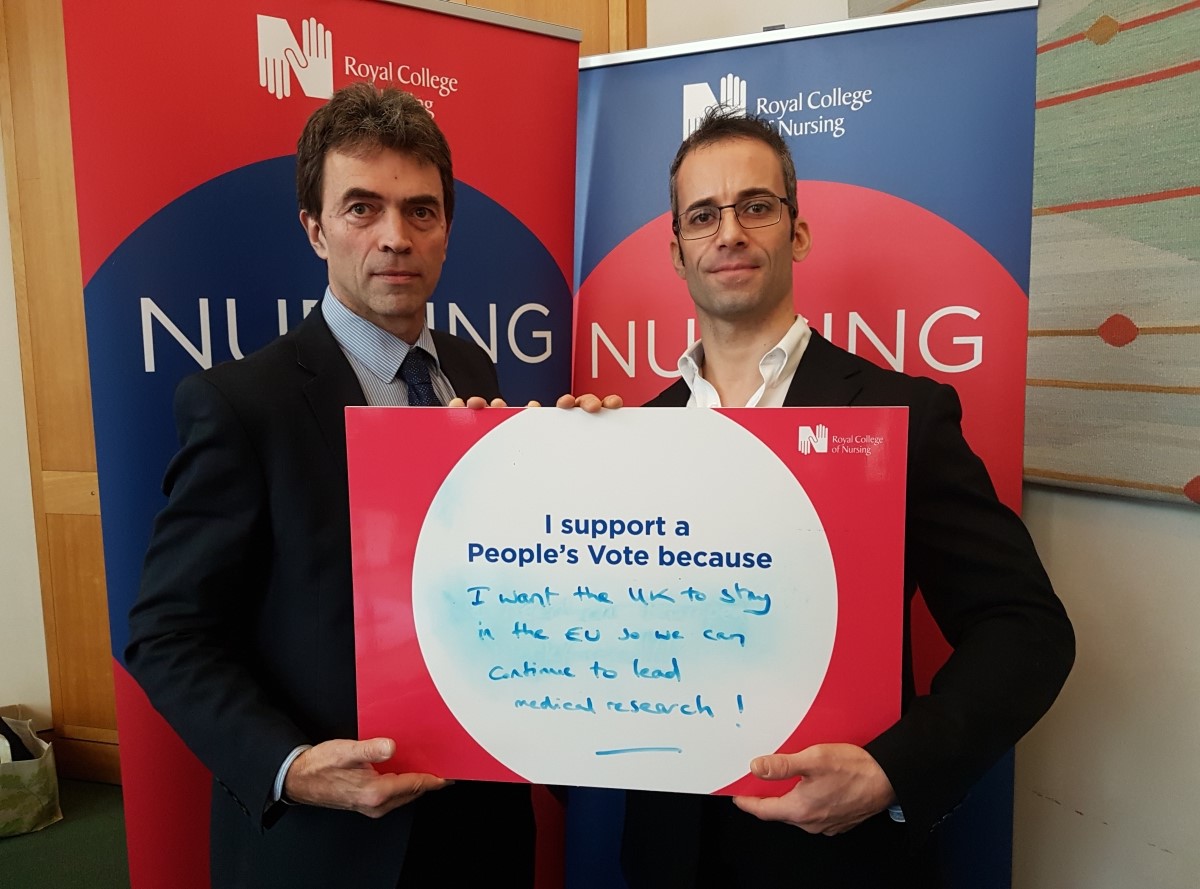 At the event, organised by the Royal College of Nursing, several nurses from the EU shared their experiences of working in the NHS across the UK since the Brexit vote. Both EU and UK nurses also highlighted their concerns about how Brexit is affecting the nursing workforce and its impact on the future supply of medicines, public health and nursing regulation.

The Royal College of Nursing warns that Brexit poses an immediate risk to the provision of safe and effective health care, as well as collective efforts to improve public health.

"It was a pleasure to meet Alessandro and hear from him first hand the devastating impact Brexit is having on our NHS and why we need a People’s Vote.

"What is really tragic is that since the Brexit vote there has been a fall in the number of EU nurses applying to work in the UK - from 10,000 two years ago to just 900 this year. These are people that our NHS, and hospitals like St Helier, rely on and it’s a loss we just cannot afford."

"Amid the chaos of the last few days in Parliament, nursing staff have delivered a strong message to MPs on how Brexit will affect them and most importantly the safety of the patients they care for.

"Uncertainty over the UK’s future relationship with the EU is putting healthcare in jeopardy. The final Brexit deal will affect generations now and in the future.

"Citizens and nursing staff must have the opportunity to make an informed choice. The solution is a People’s Vote on the Brexit deal."