Tom Brake MP is launching a campaign for the UK to honour those who work in the emergency services with a national day of recognition. 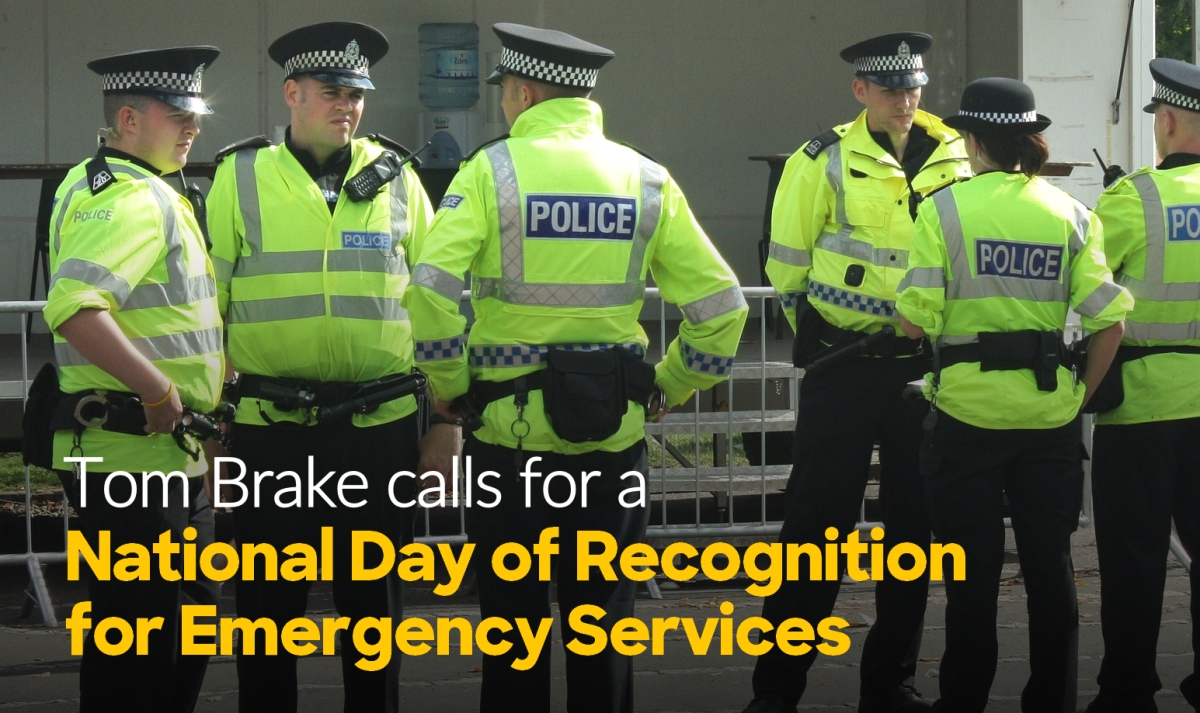 Tom’s campaign started after he discovered that the UK does not have a day of appreciation for those who work in front-line services like the Ambulance, Police and Fire Services. After this discovery Tom reached out to several other MPs and has gained cross-party support for his campaign from five of the major parties.

Tom found the UK has many national days, such as national doodle day, national doughnut week, and international ‘talk like a pirate’ day. But, the UK lacks a day of recognition for the emergency services.

“Those who work in emergency services do so much for us. They are always there to answer our call for help, without expecting anything in return. These people are the last to boast about the work they do. They deserve a national day of recognition. Especially following the recent tragedies that have struck our country.

People who work for the emergency services have put their lives on the line during incidents like the Manchester attack, the London Bridge and Borough Market attacks, the Grenfell Tower fire and in the Finsbury Park attack. These people are heroes. Surely if we can take the time to appreciate doughnuts and talk like pirates we can find it in our hearts to acknowledge the critical, often life-saving work of the emergency services.”

Tom and several other MPs such as Caroline Lucas, Peter Bottomely, Norman Lamb, Jim Fitzpatrick and Chris Stephens have joined together to advocate for a national day of recognition for those who work in emergency services.

The EDM text is as follows:

That this House recognises the extraordinary work of our emergency services; understands that more needs to be done to raise awareness of the fantastic work they do to keep us all safe; recognises the importance of providing our emergency services with the funding they need to keep our country safe; calls for an official annual National Emergency Services Day to remember and recognise their work; this day shall be recognised by our nation as a day to remember their heroic acts, daily work and to raise awareness of, educate people about and promote public safety.