Malaria has claimed more lives than any other disease in human history and currently takes the life of a child every minute, despite being preventable and costing less than a cup of tea to treat. It is also a major cause of poverty in Africa specifically, costing an estimated £12 billion a year in lost productivity.

This year’s World Mosquito Day marked 118 years since British Doctor, Sir Ronald Ross first discovered that female mosquitoes transmit malaria. Exceptional progress has followed - in the past 15 years alone, global efforts have halved the rate of people dying from malaria. The next 15 years now offers an unprecedented opportunity to reduce deaths completely, if local and global support is maintained.

World Mosquito Day saw MPs from all parties coming together to raise awareness of their personal commitment to the cause and to rally support on social media for Malaria No More UK’s #malariatodolist campaign.

The malaria to-do list campaign raises awareness of the key actions needed to defeat malaria over the next 15 years. These include the need for the doubling of current funding; increasing cutting edge research; inspiring global leadership and improving access to life-saving medicines.

Tom Brake has now written to Justine Greening MP, Secretary of State for International Development, calling on the Government to commit to the points set out in the malaria to-do list.

“World Mosquito Day reminds us how important it is that we make Malaria No More. No one, anywhere should die from a mosquito bite. With the right levels of funding, political leadership and continued commitment, the UK can play a leading role in ending malaria deaths by 2030.”

“Thanks to the huge progress of the last 15 years, 6.2 million lives have been saved. That’s why I’m adding ‘make malaria no more’ to my to-do list today. Let’s get the job done.”

Malaria No More UK also gives ideas for people in Carshalton and Wallington to get involved and help save lives. For more information, please visit:https://www.malarianomore.org.uk/ 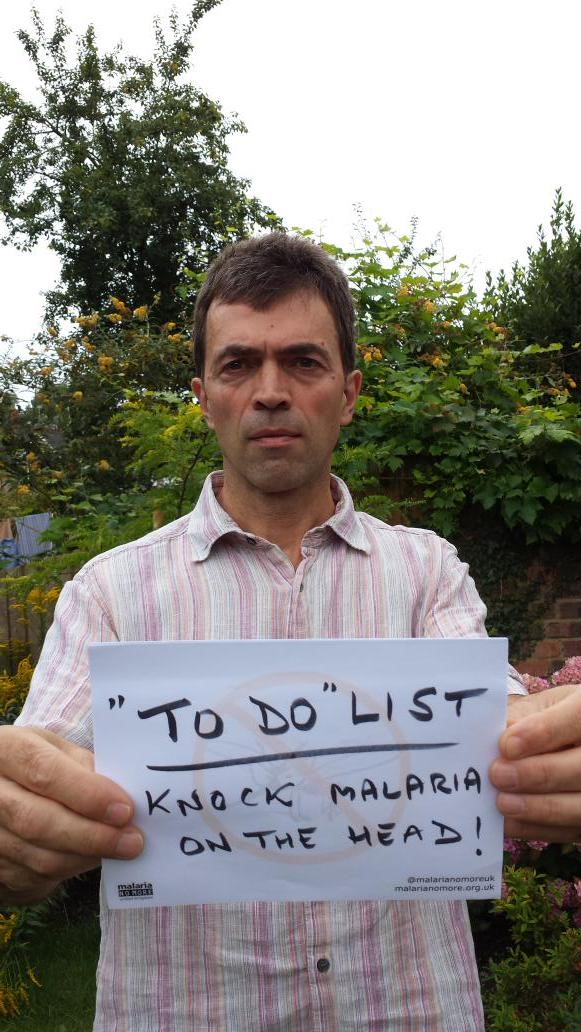